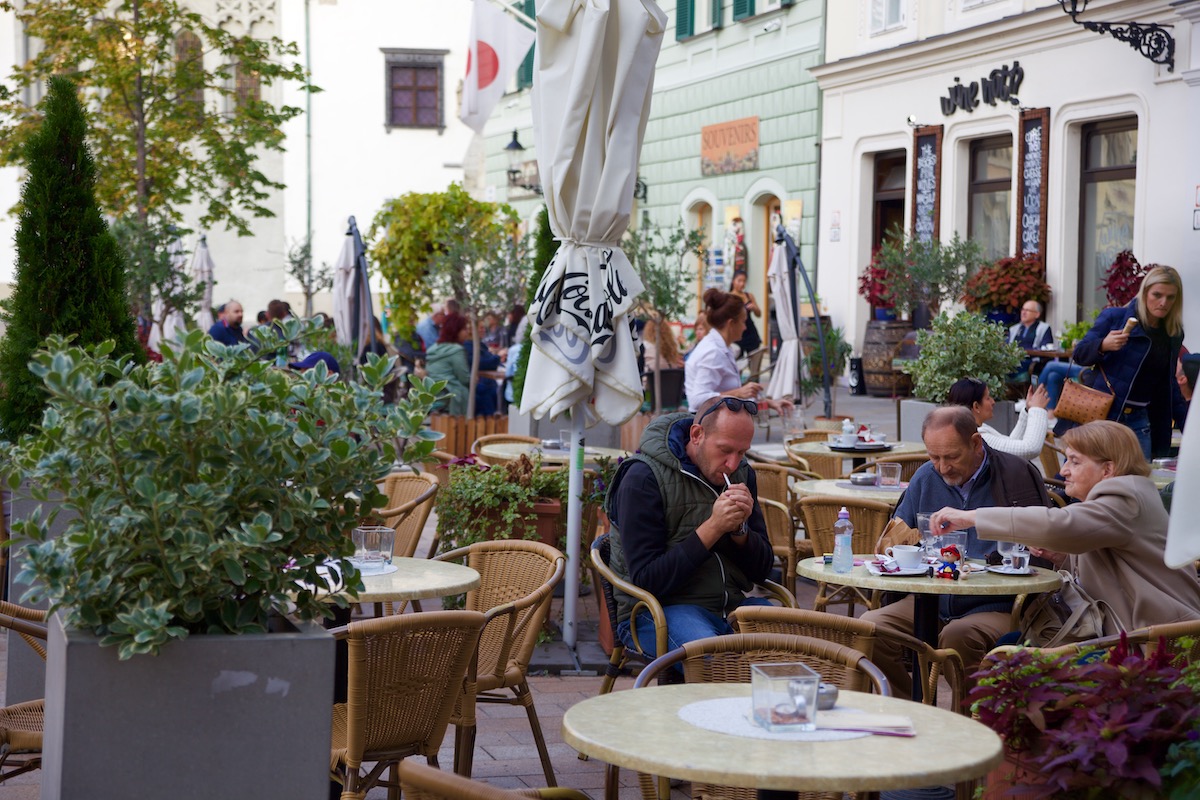 Bratislava is a perfect place to visit if you are already in Vienna. The capital of Slovakia is located just one hour away,  it is a lot cheaper and more calm and down-to-earth than the majestic but a bit exhausting Vienna. All you need to do is to catch a bus (I used Flixbus, book tickets online in advance to guarantee your seat) that takes you conveniently from Vienna Hauptbahnhof to Bratislava centre.

When I told in Vienna that I’m going to Bratislava, I got several warnings, like “be aware, Bratislava is small, boring and you have seen everything in two hours”.  Well, I had to see it for myself.

And I fell in love. 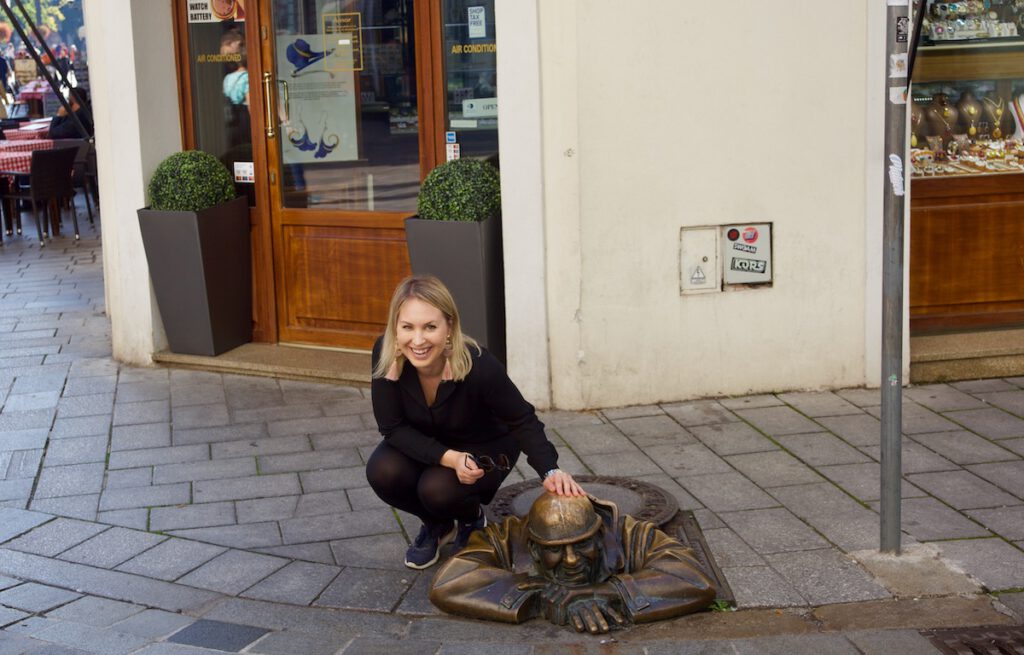 In Bratislava, they just got an idea to build this statue as a joke. And so they did. However, the locals coming out from bars didn’t remember that this was at the corner, and the poor guy got hit by a car – several times. The city council had to put out a sign saying  “men at work”. Now, this is a popular destination to take photos. 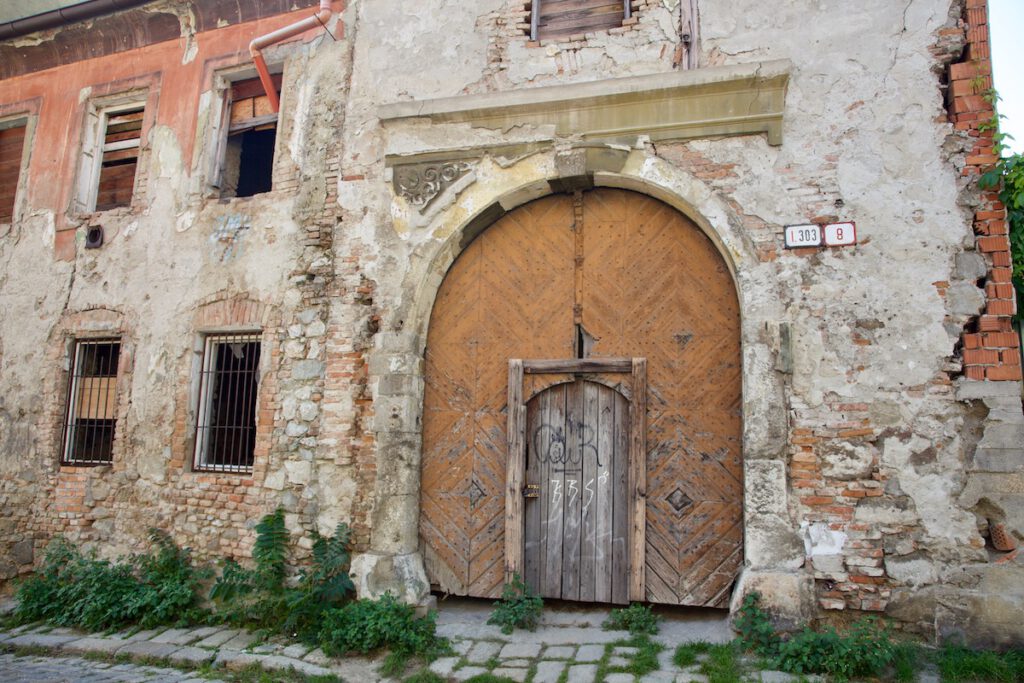 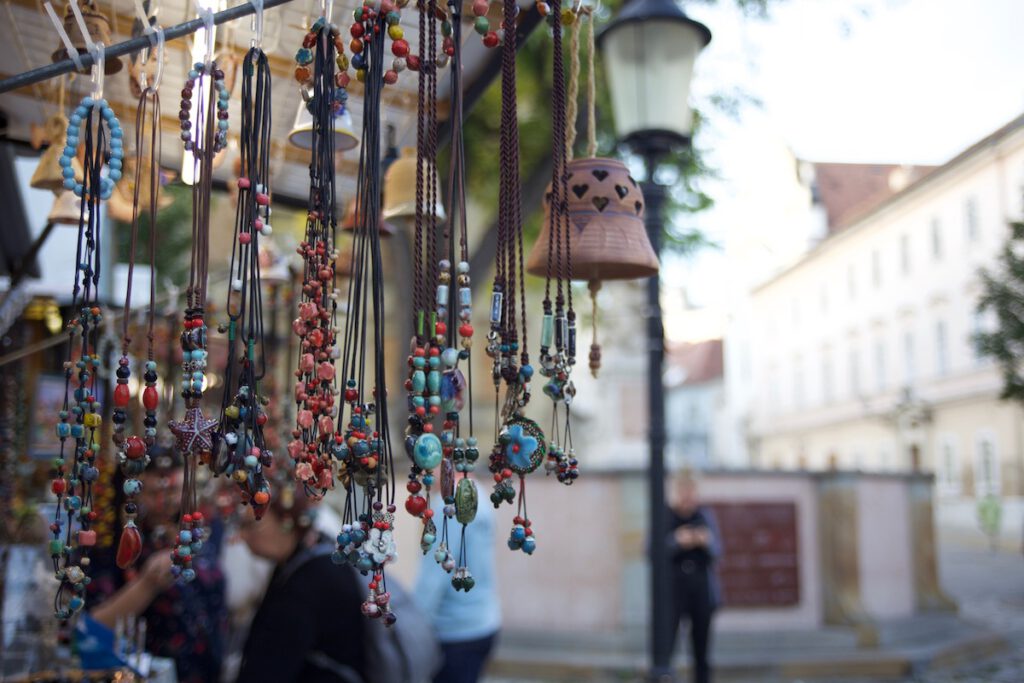 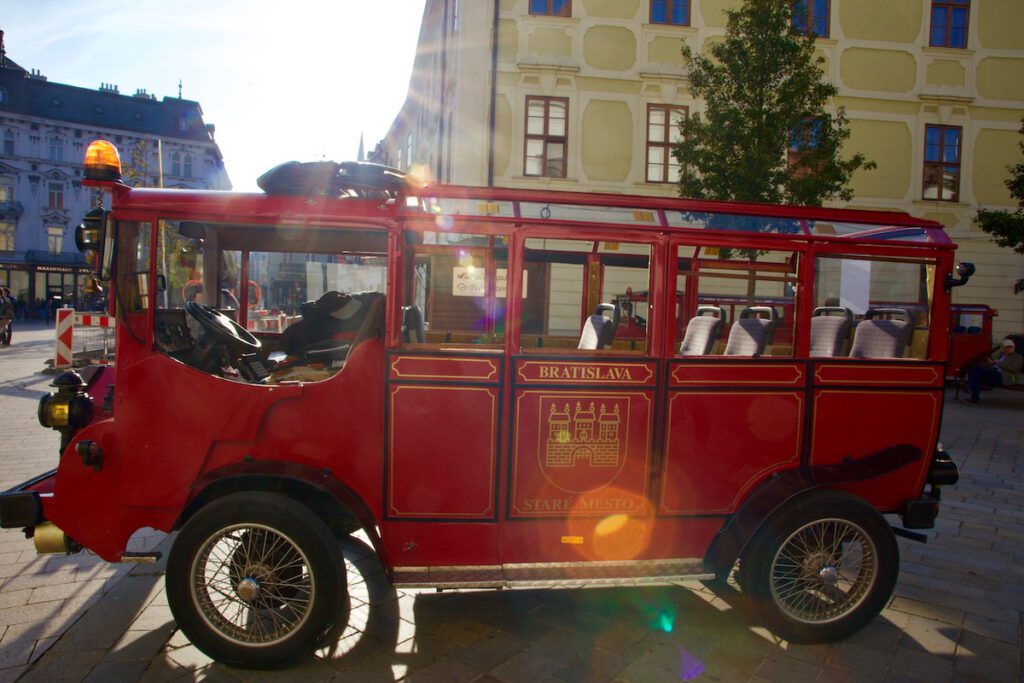 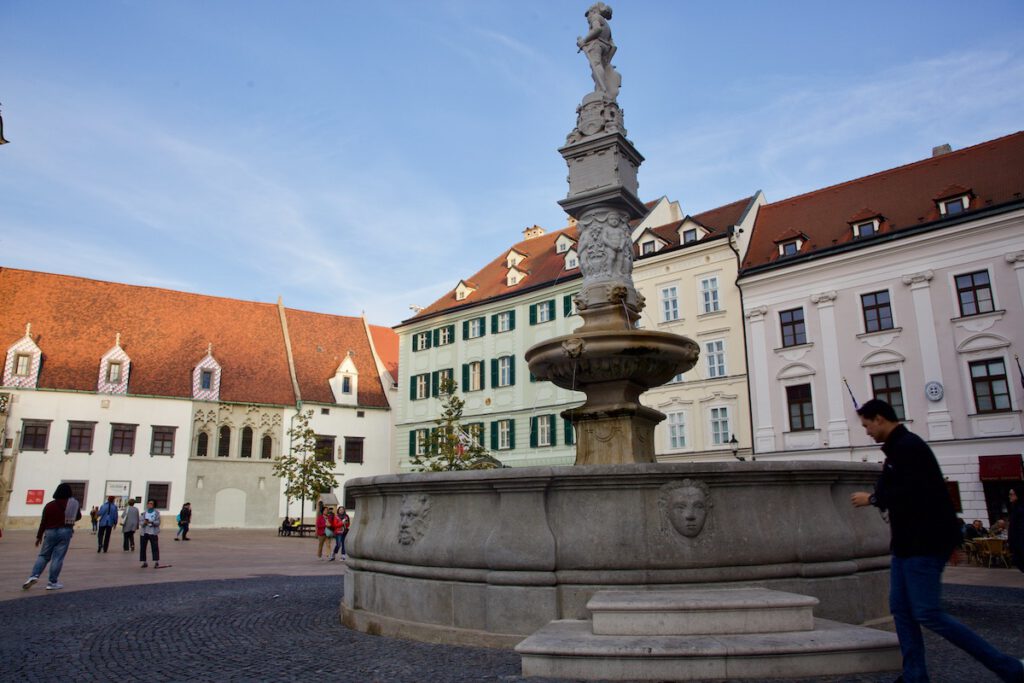 Bratislava is almost like a forgotten, unknown sibling of the huge cities of Vienna and Budapest. With just 400 000 inhabitants and a rather small old town,  the town still managed to make a big impact on me. I’m a small-town girl myself and Bratislava felt just perfect for me. It was cosy, approachable, a bit rugged, at least compared to Vienna.

I felt right away at home.

What was Bratislava?  It was a rugged, ramshackle stone-building with a graffiti “fix me”. It was jewellery-like art deco buildings, like the stunning Blue Church. It was the white Bratislava castle standing on a hill with views over three countries. It was an old town with interesting restaurants and cafes ranging from places serving traditional Slovac food to modern eateries having vegan smoothie bowls and Aussie-style avocado toasts with poached eggs. It was several wine bars that were calling my name while I walked past them. They make excellent wines in Slovakia but the locals drink the whole production themselves. That’s why Slovac wines are not well-known outside the country. 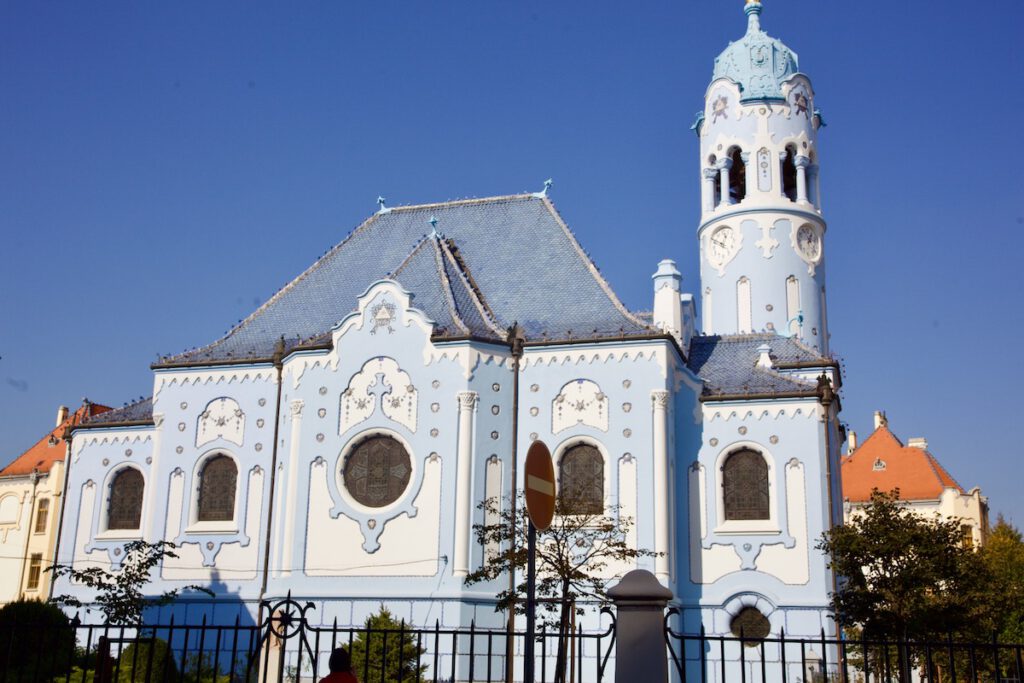 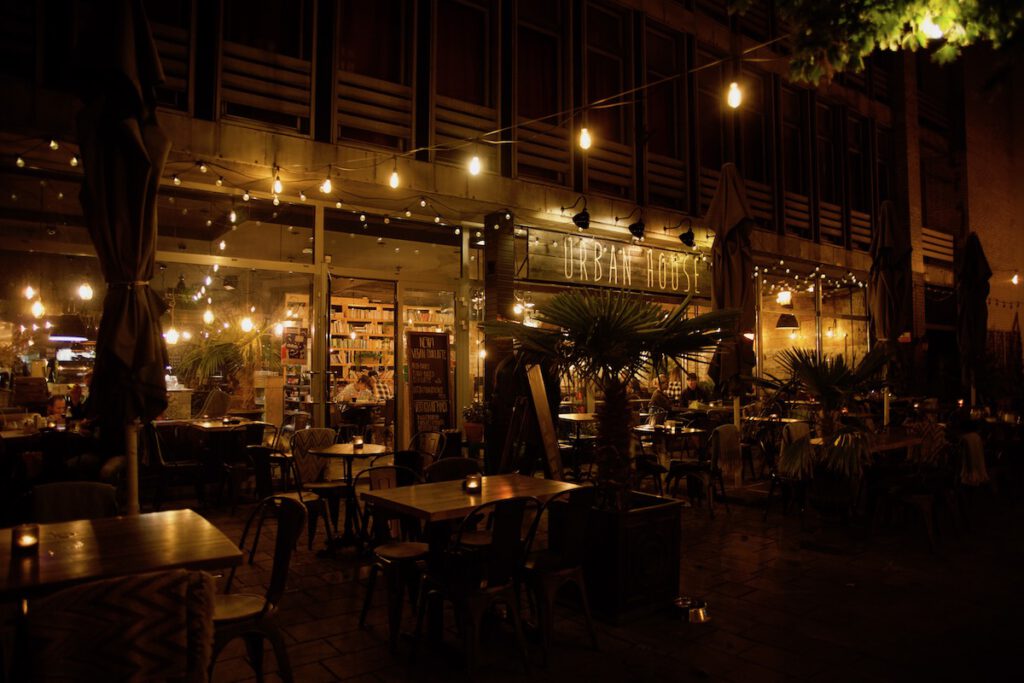 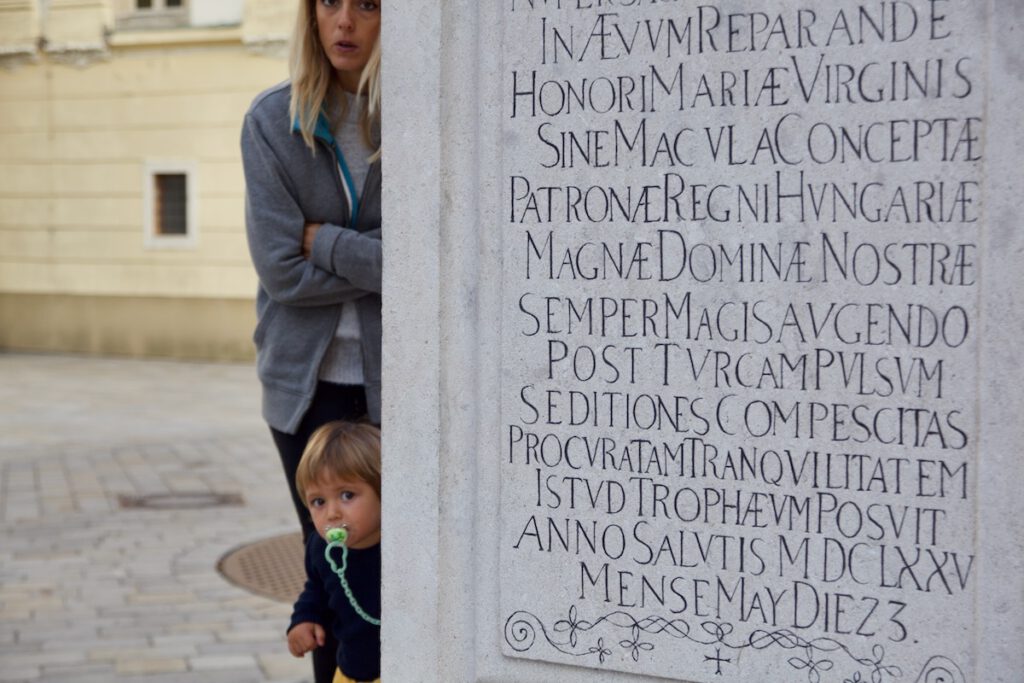 Three days in Bratislava passed walking on the streets of the old town, trying out traditional dishes, hiking up to the castle hill, tasting home-made ice-cream and watching children playing in parks. In other words, I just rested without any plans, and it was absolutely p-e-r-f-e-c-t. I didn’t get any holiday mood in the fancy Vienna but I found it right away in Bratislava.

My tips: I stayed in the best hostel ever, Hostel Folks. Highly recommended. 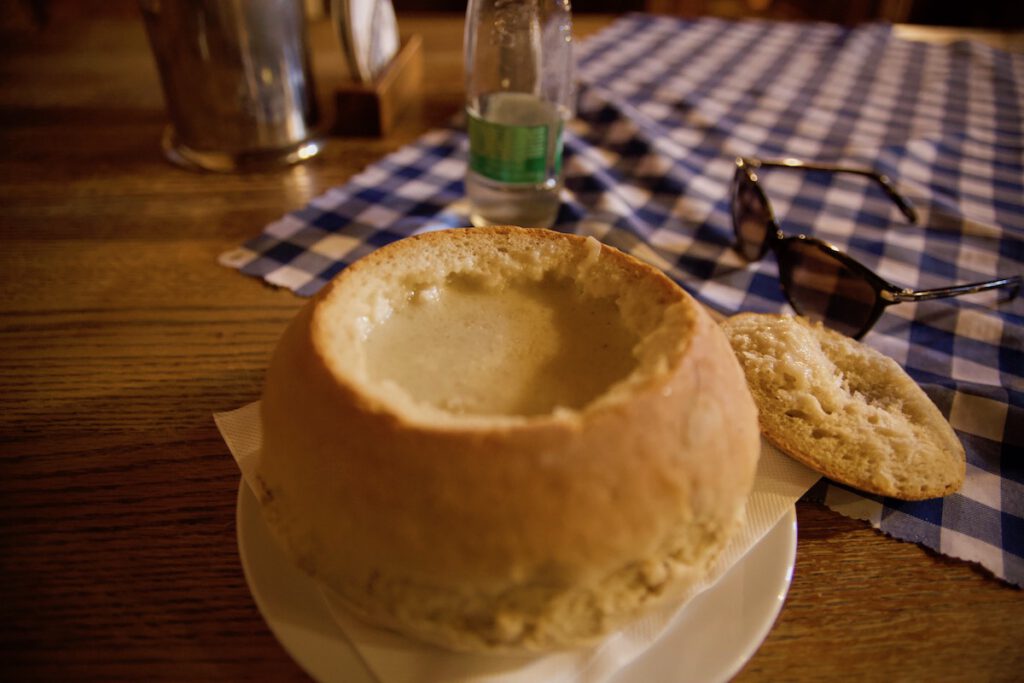 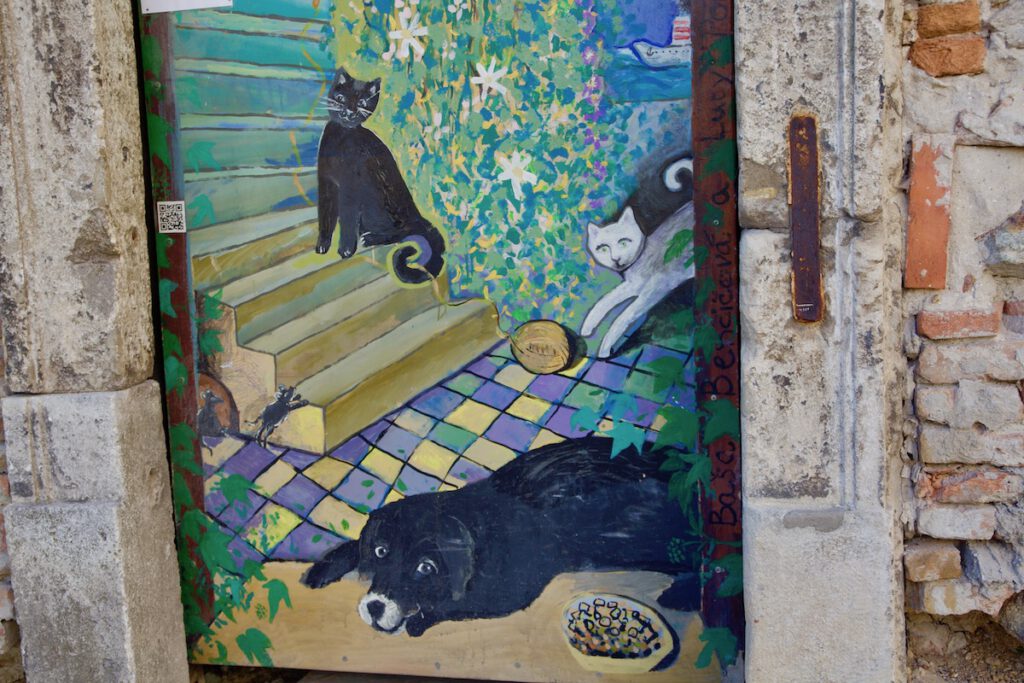 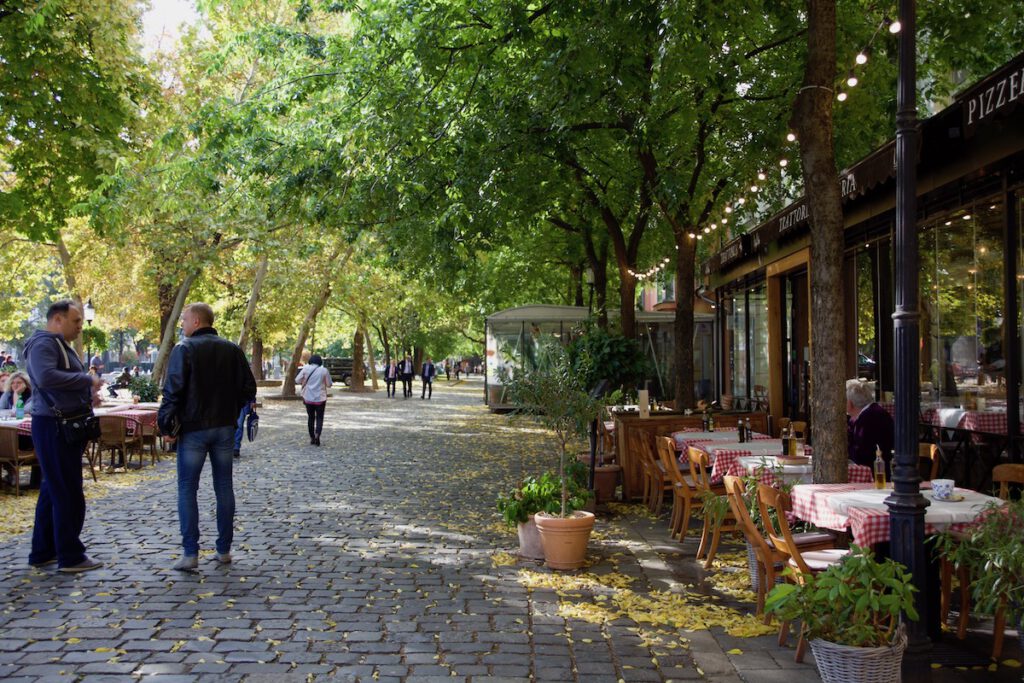 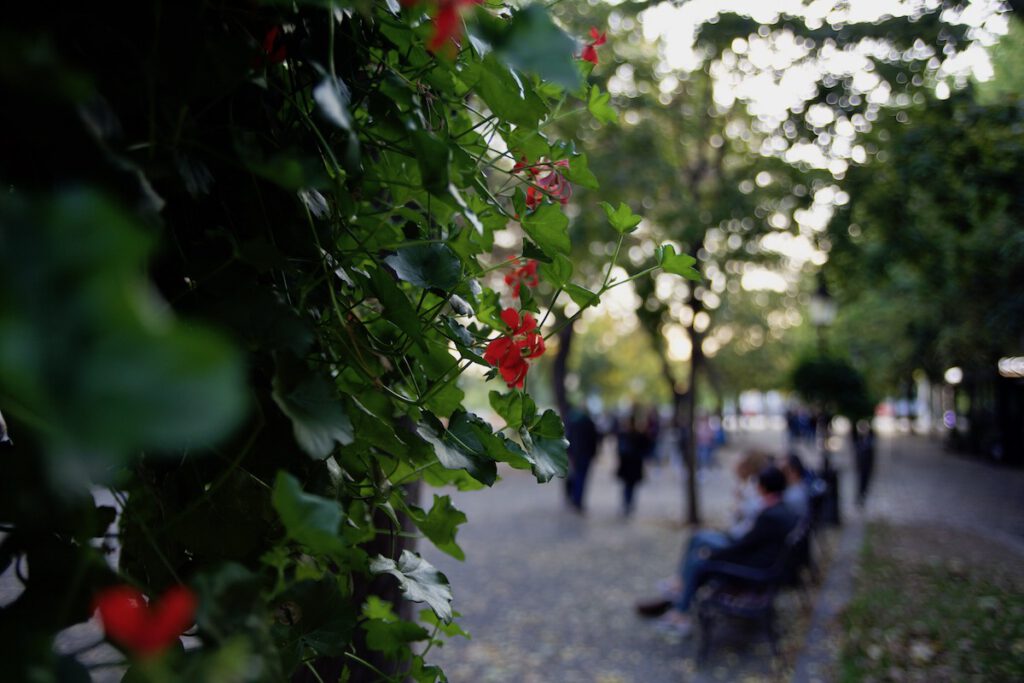 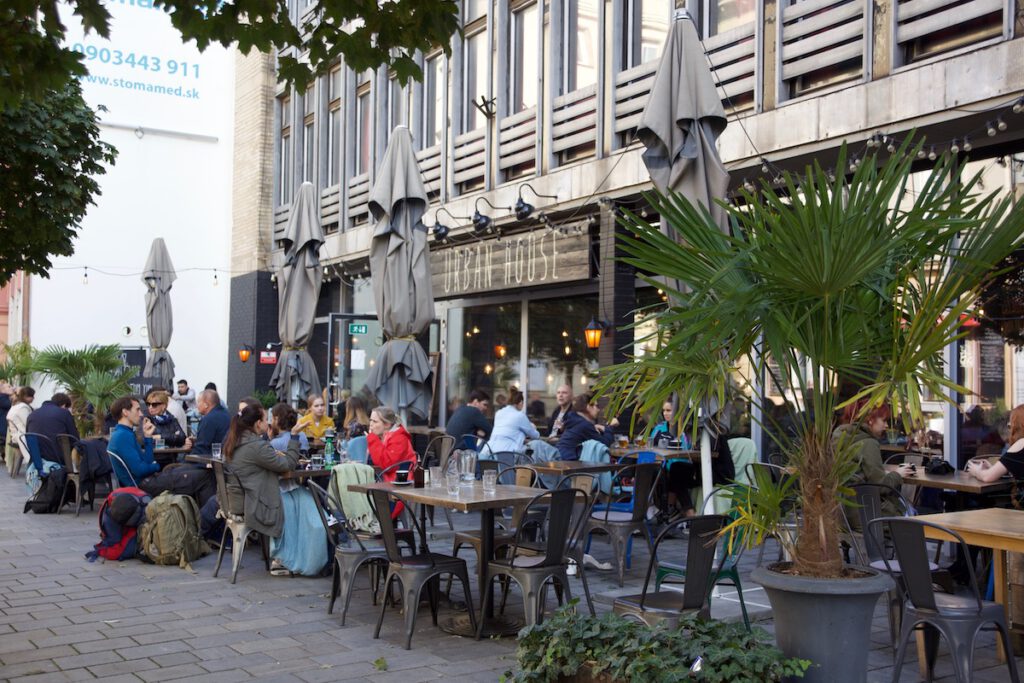 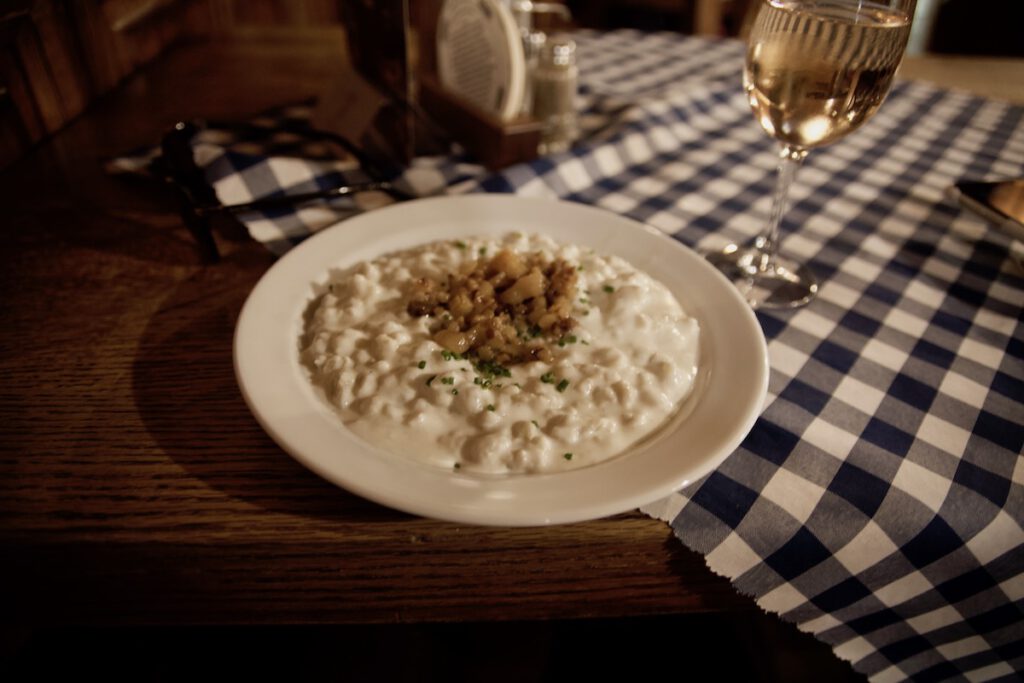 I would love to go to Bratislava again. I could even go there on a student exchange if possible. It had everything I wanted: nice, a bit different food, good wine, high-quality opera and other cultural activities, friendly people, moderate price level and relaxed small-town atmosphere.

Have you ever been to Bratislava or Slovakia? How did you like it? 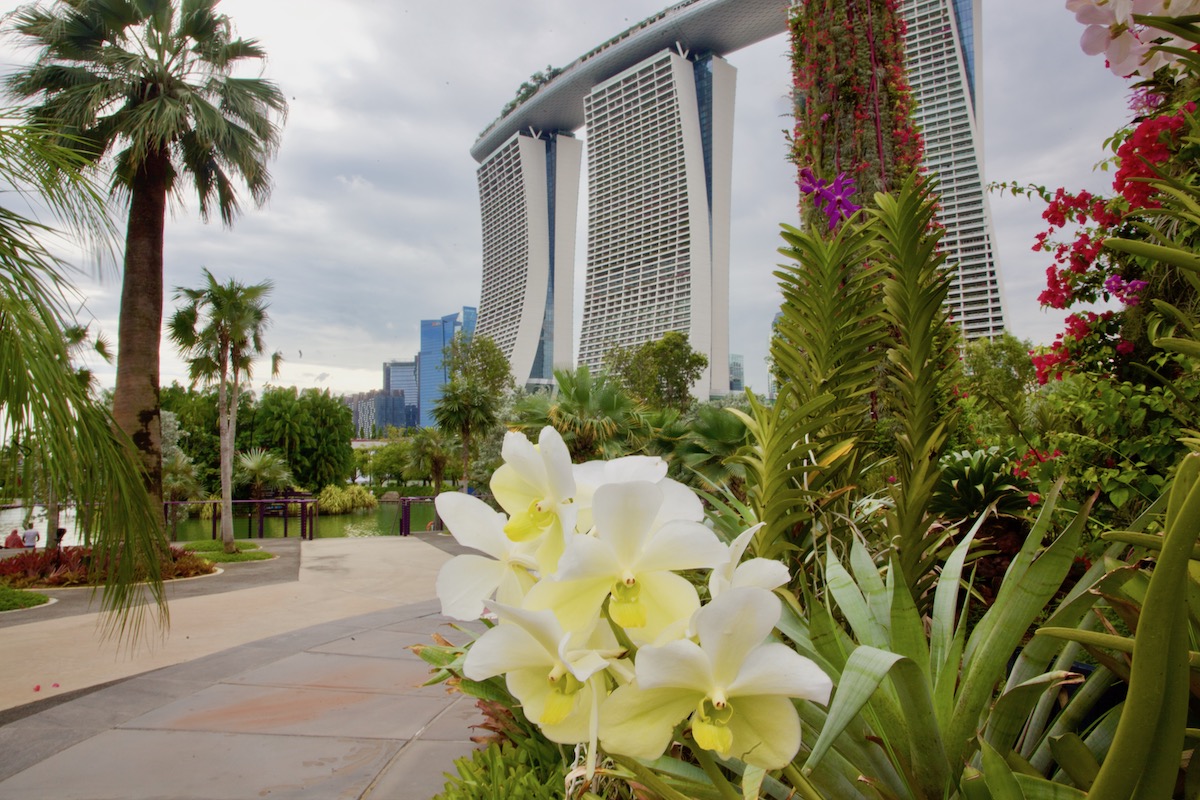 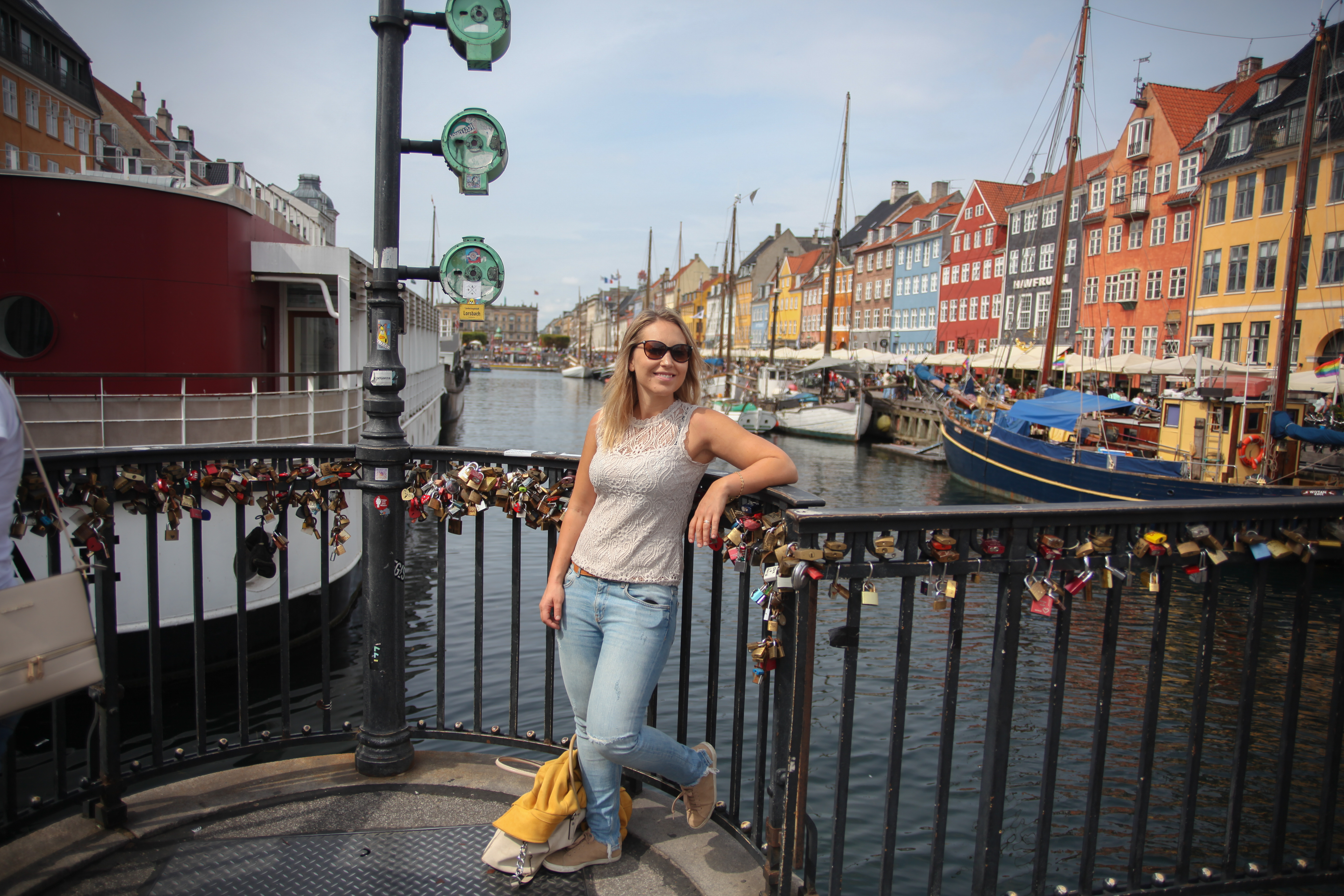 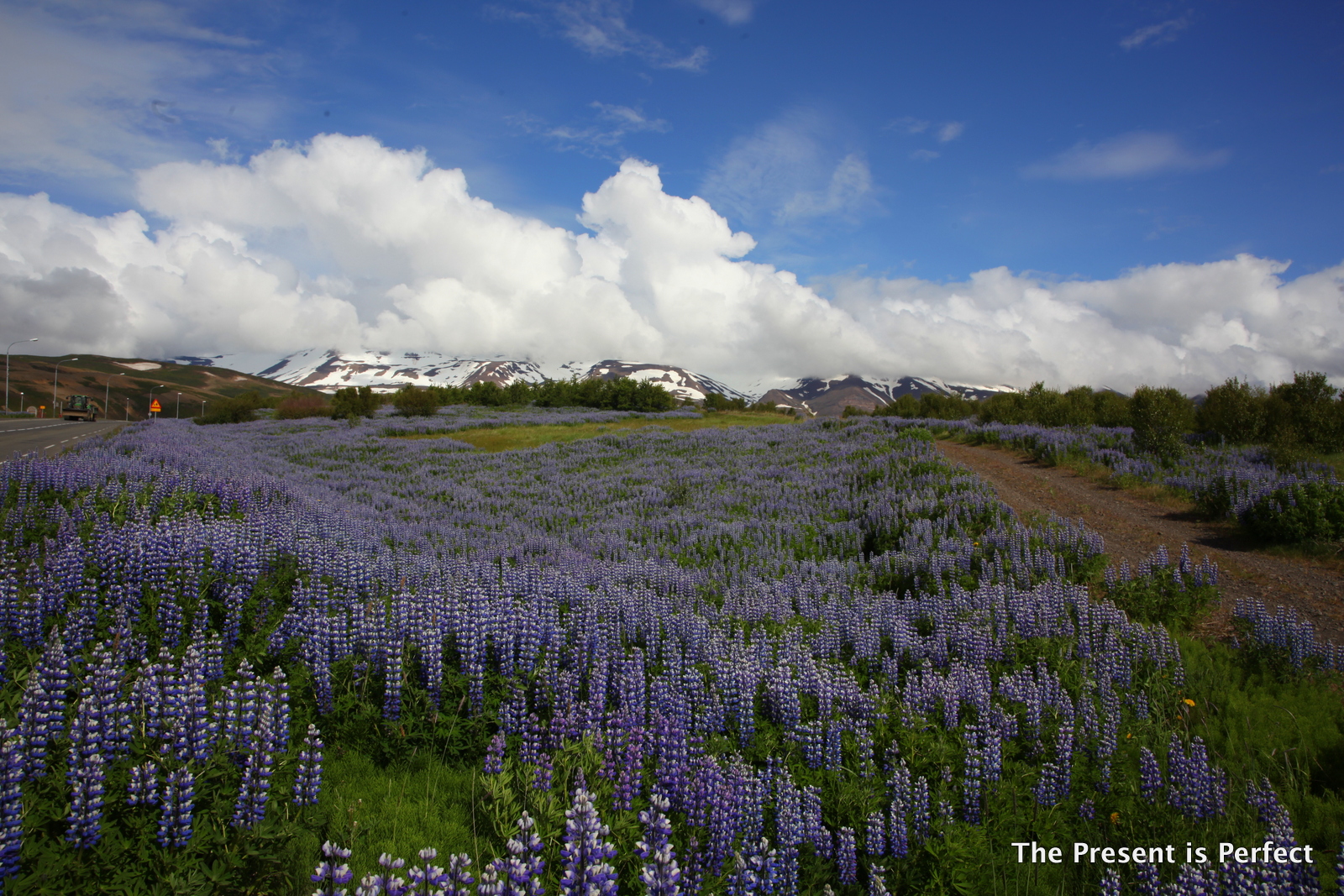 Bratislava castle – so bad inside that it's almost funny