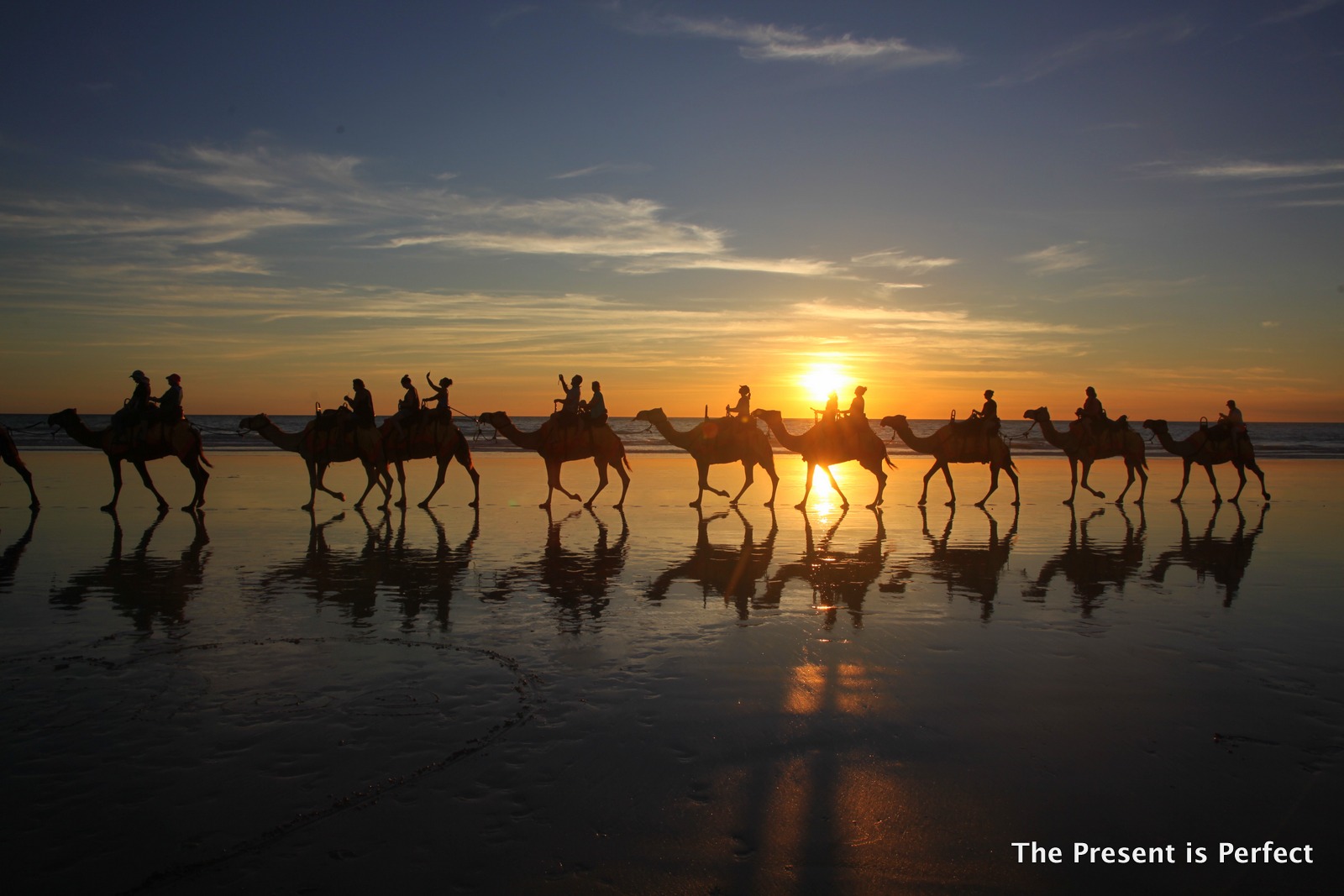 Broome is often referred as the pearl of North West Australia even though the town is not very well known among tourists. And who can blame them? The town of Broome is relatively small with just around 15 000 people living there permanently, it is super remote and not at all easily accessible unless you want to fly there. It is located staggering 2240 kilometres north of Perth, and Perth is called the most remote capital in the whole world. 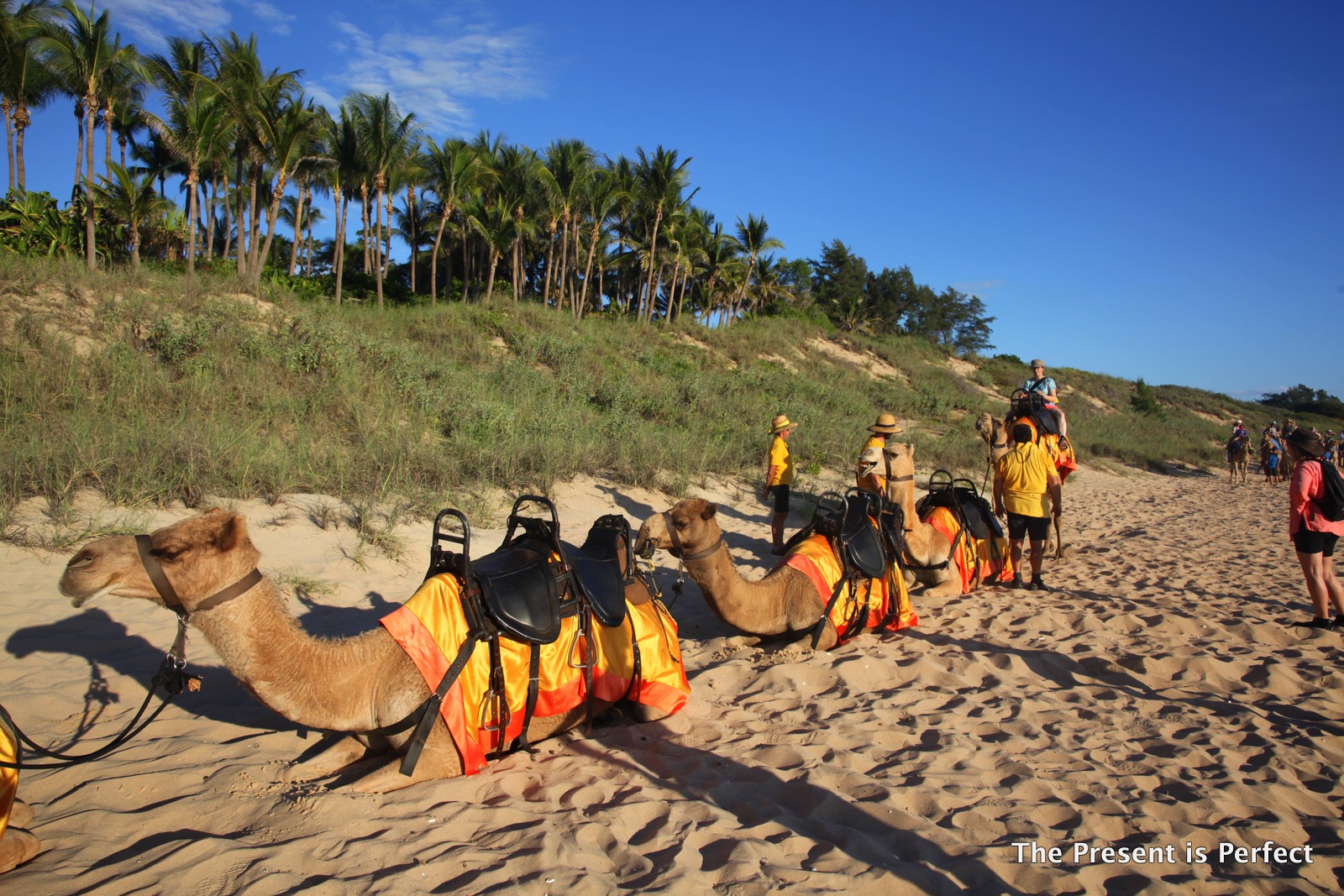 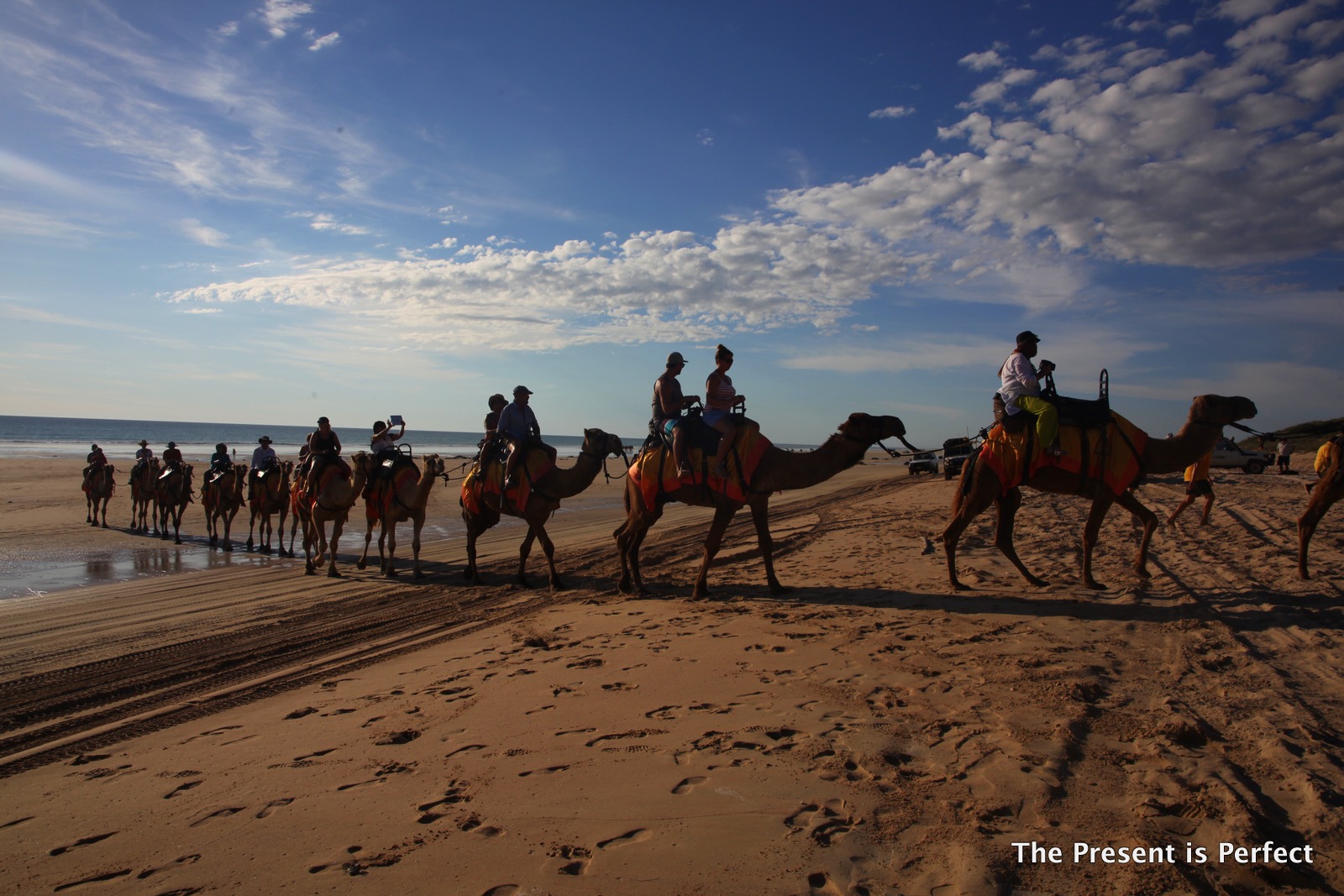 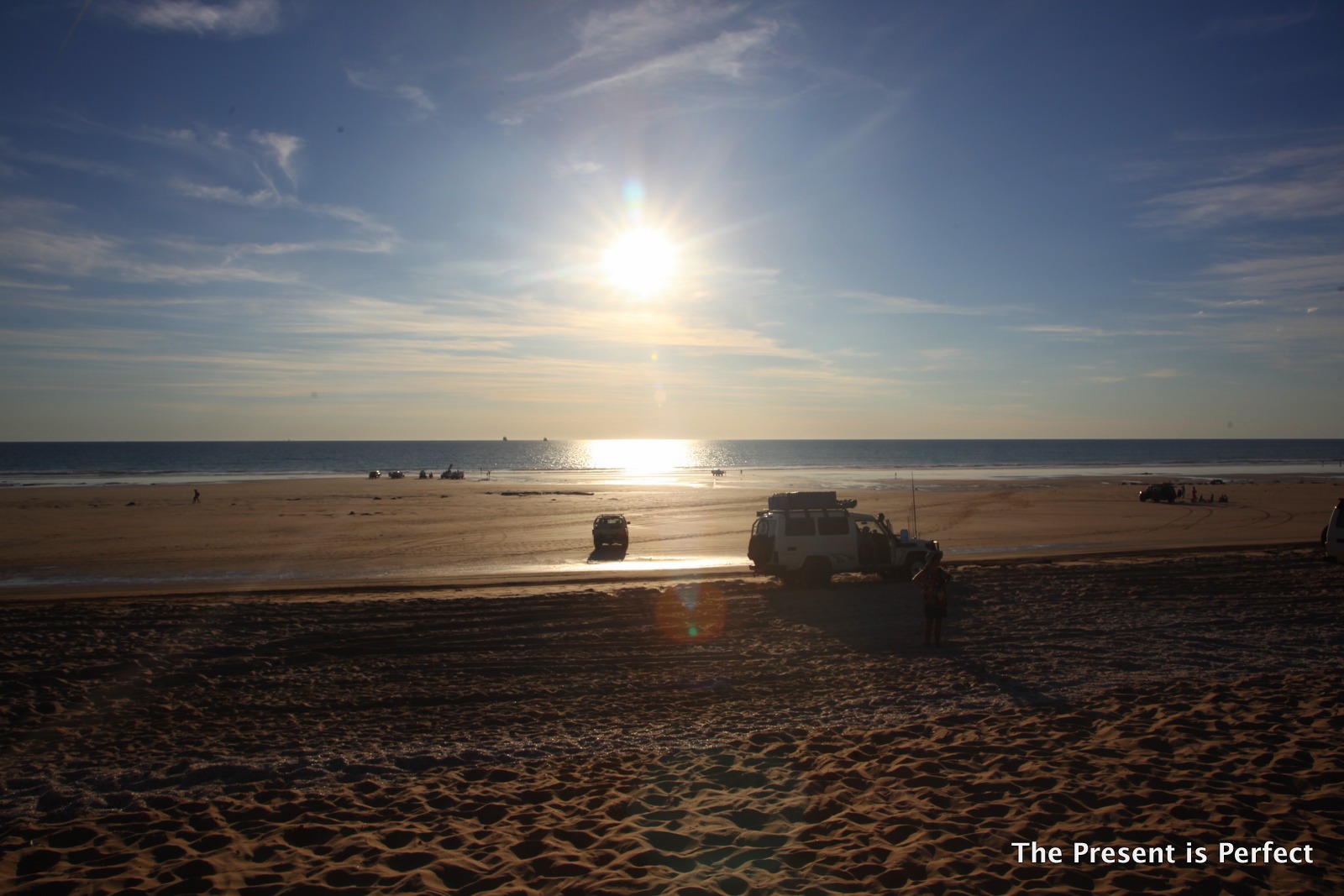 Why on earth would anyone want to spend several days on a car or a bus to visit Broome? Well, often people don’t travel to Broome just to see Broome, but they go there on their way to Kimberley or to Karijini. However, there are heaps of exciting things to do in Broome and the town is definitely worth of spending tat least three or four nights.

One of the most popular activity in Broome is to go for a camel ride on Cable Beach. There are three very identical companies organising the rides and the prices are pretty much the same between all of them. Usually the camels do 2 – 3 rides a day, the sunset ride being the most popular and longest, around 1 hour. The camels have one day off in a week. The weight limit for a ride is absolutely 90 kilos so be prepared to tell your weight when making the booking. The sunset ride was 90 AUD and I thought it was worth the experience. The owner appeared to be very knowledgable about each individual camel and its personality and very experienced in handling the camels (and customers).

Most people might not know that Australia has the largest feral camel population in the entire world. Camels were brought to Australia in the 19th century from India and Afghanistan and they were used for transport and construction work in Central and Western Australia. When motor operated vehicles made camels obsolete, people just decided to let them free on the desert. Camels didn’t die; on the contrary, the population grew to a point that  nowadays camels cause a lot damage to farming areas and cultural sites. 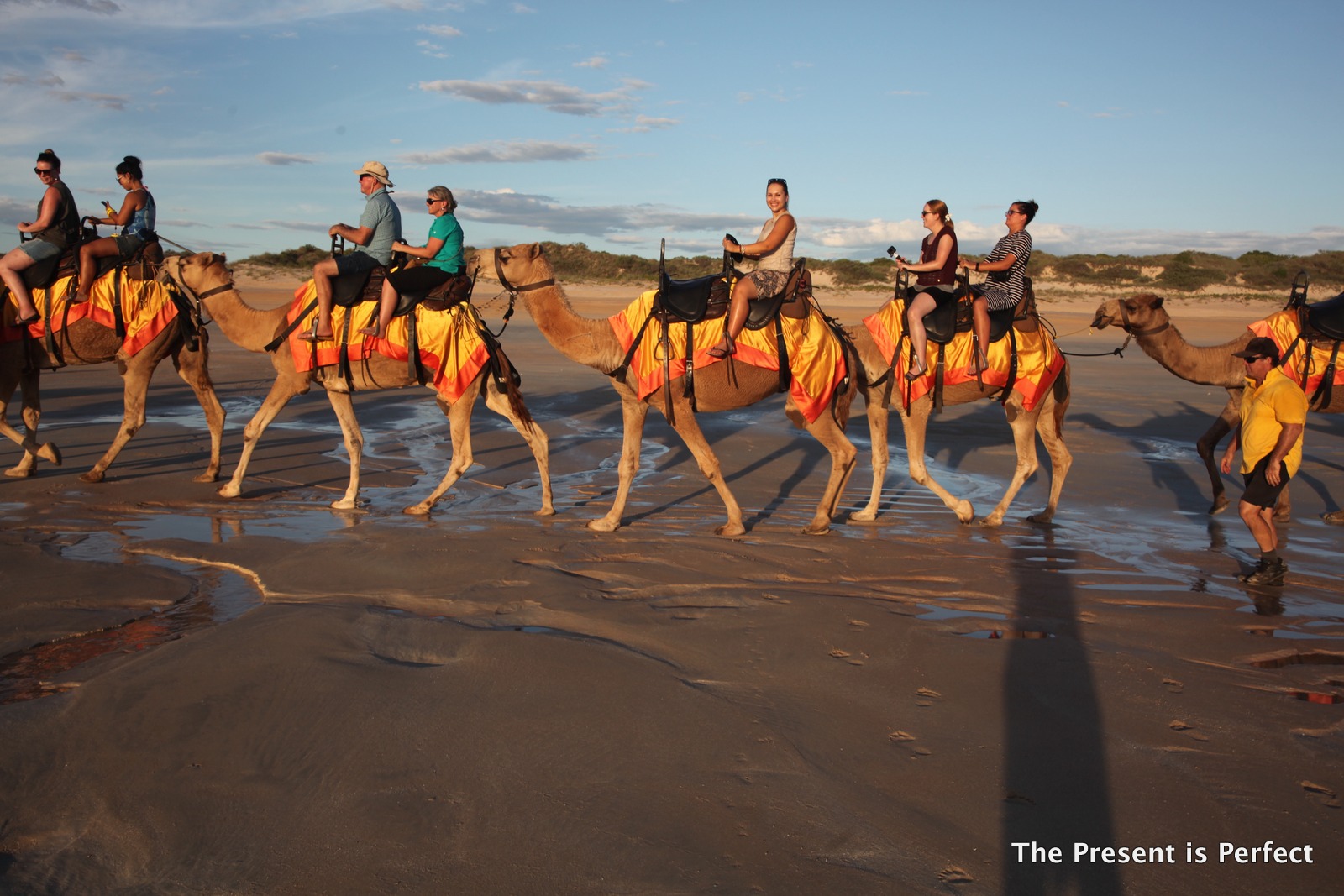 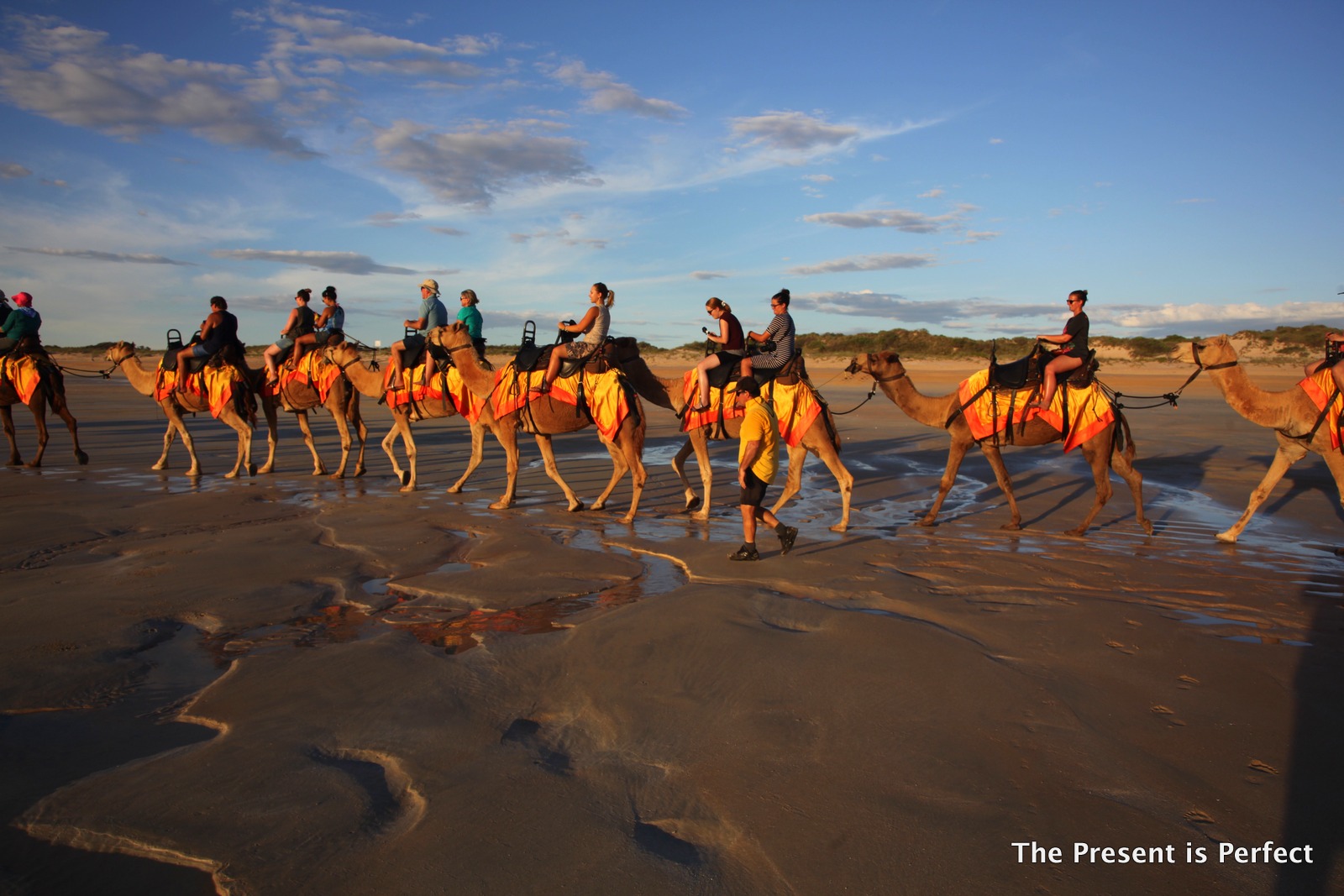 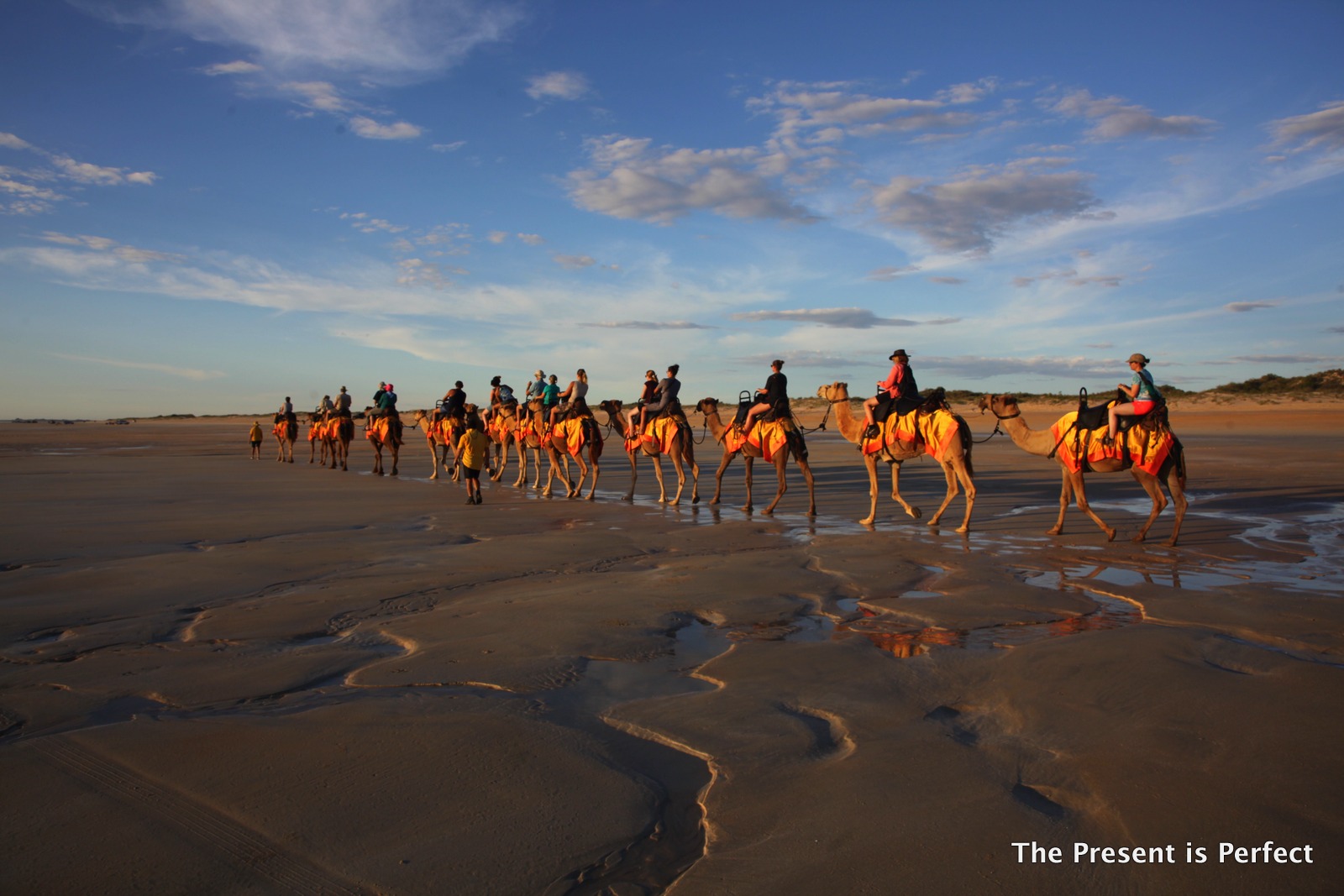 If camels are not your cup of tea, Cable Beach is still worth visiting, especially during the sunset.  Because of sharks and stingers not even locals swim in the water, so just sit in a seaside bar and enjoy a cocktail or two and marvel the beautiful sunset. If you are lucky and visit the town during full moon, you might see famous staircase to heaven.

Even though being a small town, Broome is blessed with relatively nice restaurants. Most of them are a bit pricey, but it is understandable considering the remote location and it being a tourist destination. One of the must things to do in Broome, is to visit the oldest working open air cinema in the world. It really doesn’t matter whether the movie is your taste, you should visit there just for the sake of the unique atmosphere. When you enter there, you travel 100 years back in time. Old style 20’s music welcomes you, the walls are covered with old movie posters, you can buy popcorn from an antique stall and sit on a not too comfortable seats. There are bugs flying in the air, and sometimes you can’t hear anything for a couple of minutes when a plane is flying right above you (Broome’s international airport is located just a couple of kilometres away). 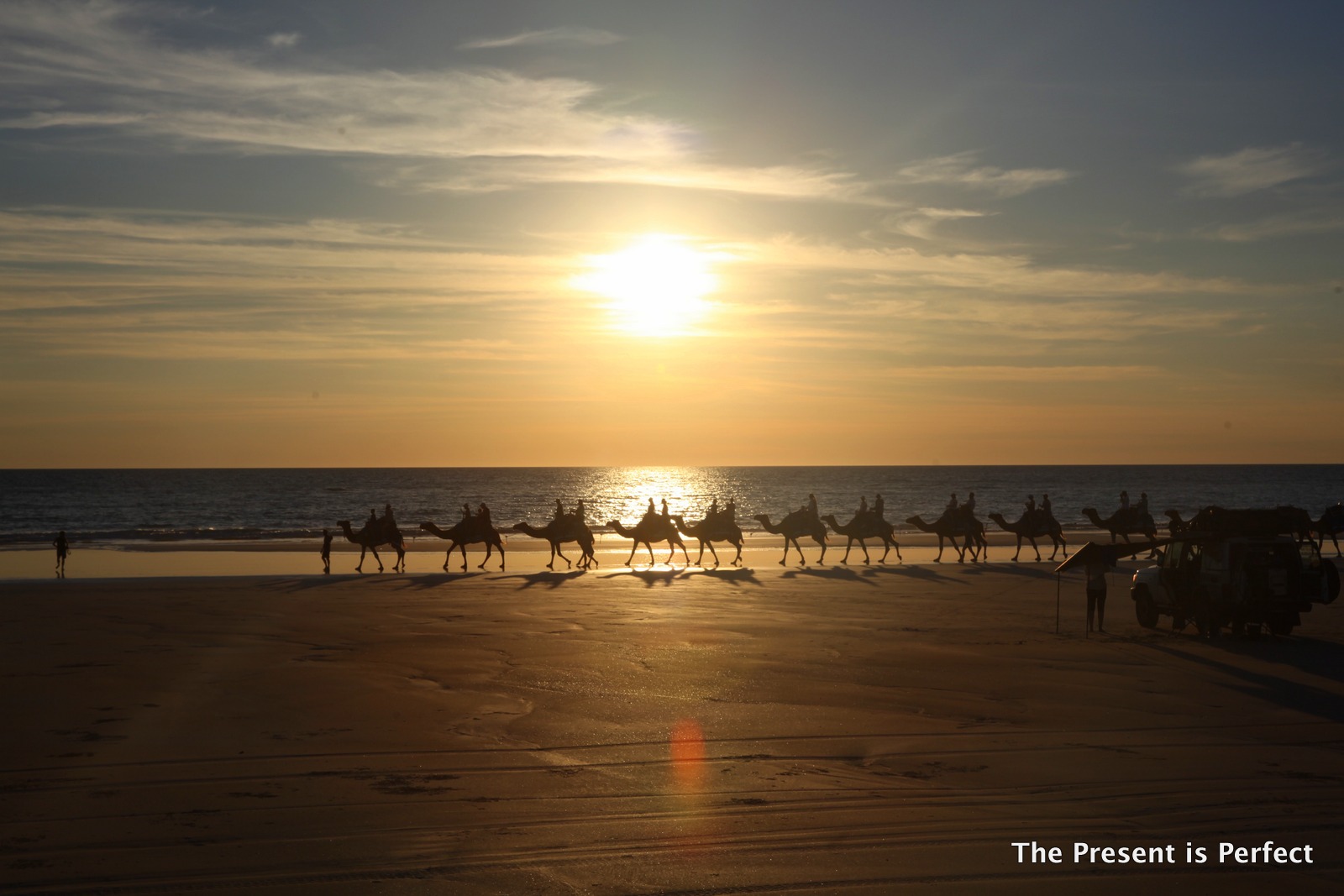 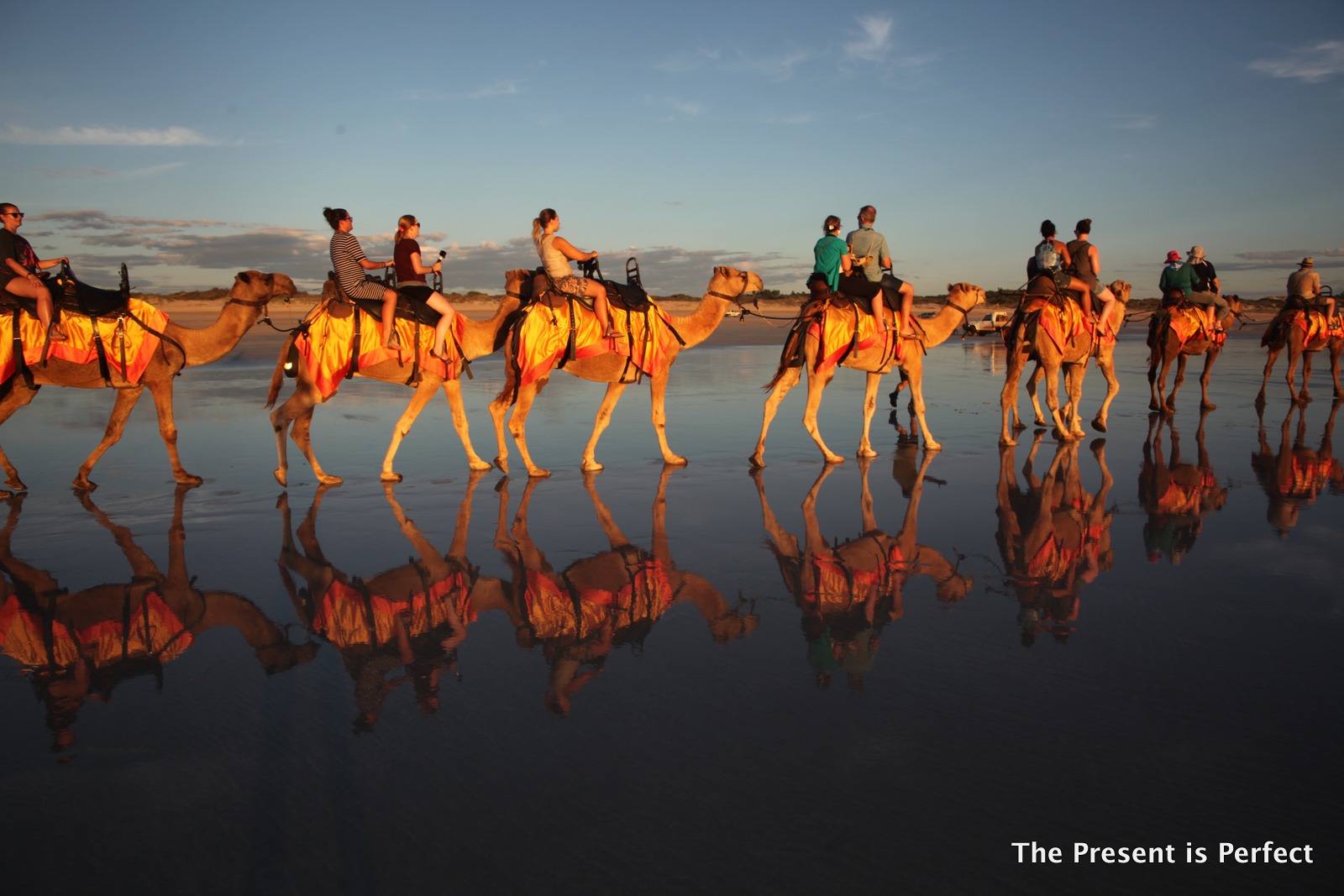 The town is known for pearling, and there are several museums where you can learn more about the art and business of pearling and the history of the town. Still today there are many high quality jewellery stores where you can get nice pearls as a local souvenir. Back in the old days the town was booming when Japanese and later Chinese divers came to Broome to work on a pearling companies. The trade was extremely dangerous which is demonstrated by own cemetery dedicated just for those almost 1000 Japanese divers that lost their lives at sea. Still today you can very well see the Asian influence in Broome. For a small town it has relatively large Chinatown, and own cemeteries for Chinese and Japanese. 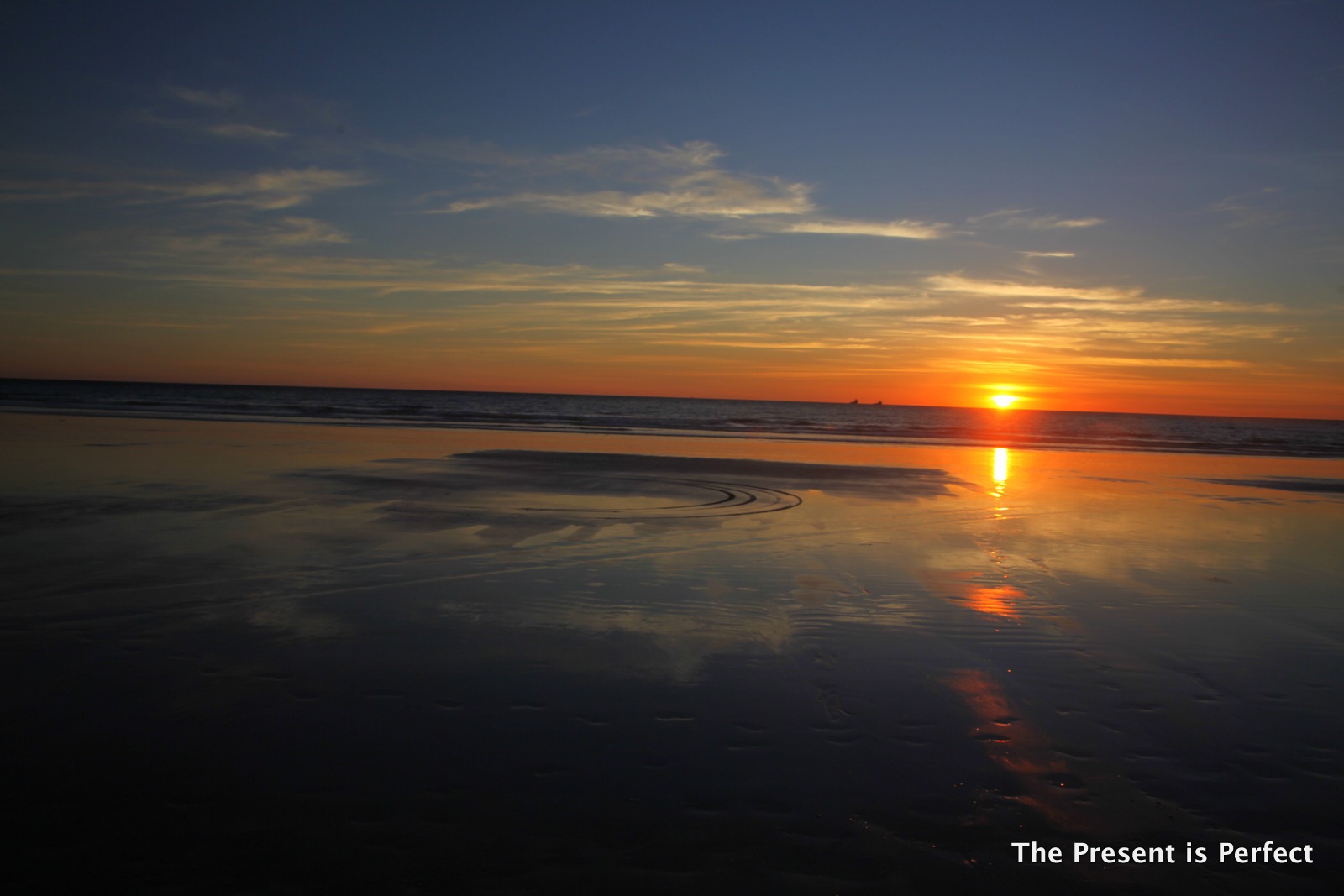 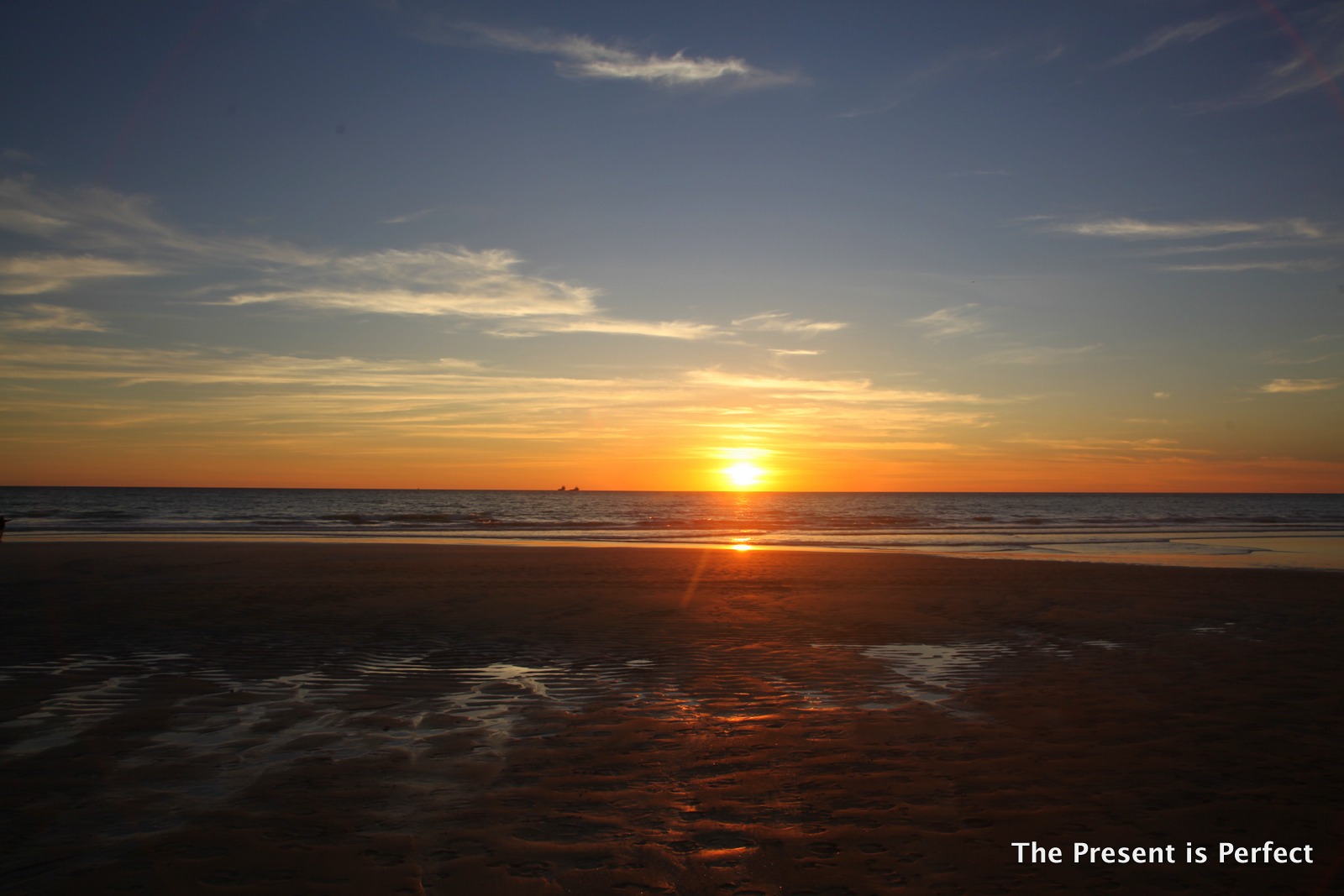 Before the time of Asian divers, the pearling industry was even more bloody. When the white settlers arrived to Broome, they soon discovered the amount of oysters and saw great profit opportunities in pearling. At that time however, there were no diving suits or gear but people had to do extremely dangerous free diving to collect the oysters from the bottom of the sea. This task was considered to be too dangerous for “white fellows” so the settlers started transporting aboriginal slaves and force them to dive. The people were kidnapped from their homes and land where they had been living for thousands of years and brought to the coast. Many of them were from the desert and didn’t know how to swim. Yet, they were forced to dive naked over and over again until their bodies couldn’t take it anymore. They were beaten for resting too long to catch their breath and forced to dive until they died. Aboriginals were seen as a cheap, low value labor and renewable natural resource, and one human life didn’t matter at all (actually at that time they weren’t considered as humans at all, but being part of flora and fauna). What is even more horrible, at that time people believed that pregnant girls have superior lung capacity, so they were preferred. The younger the girl, the better. In 2010, the town of Broome commissioned a memorial statue of a young pregnant female diver coming from the water with pearl shells in her hand. 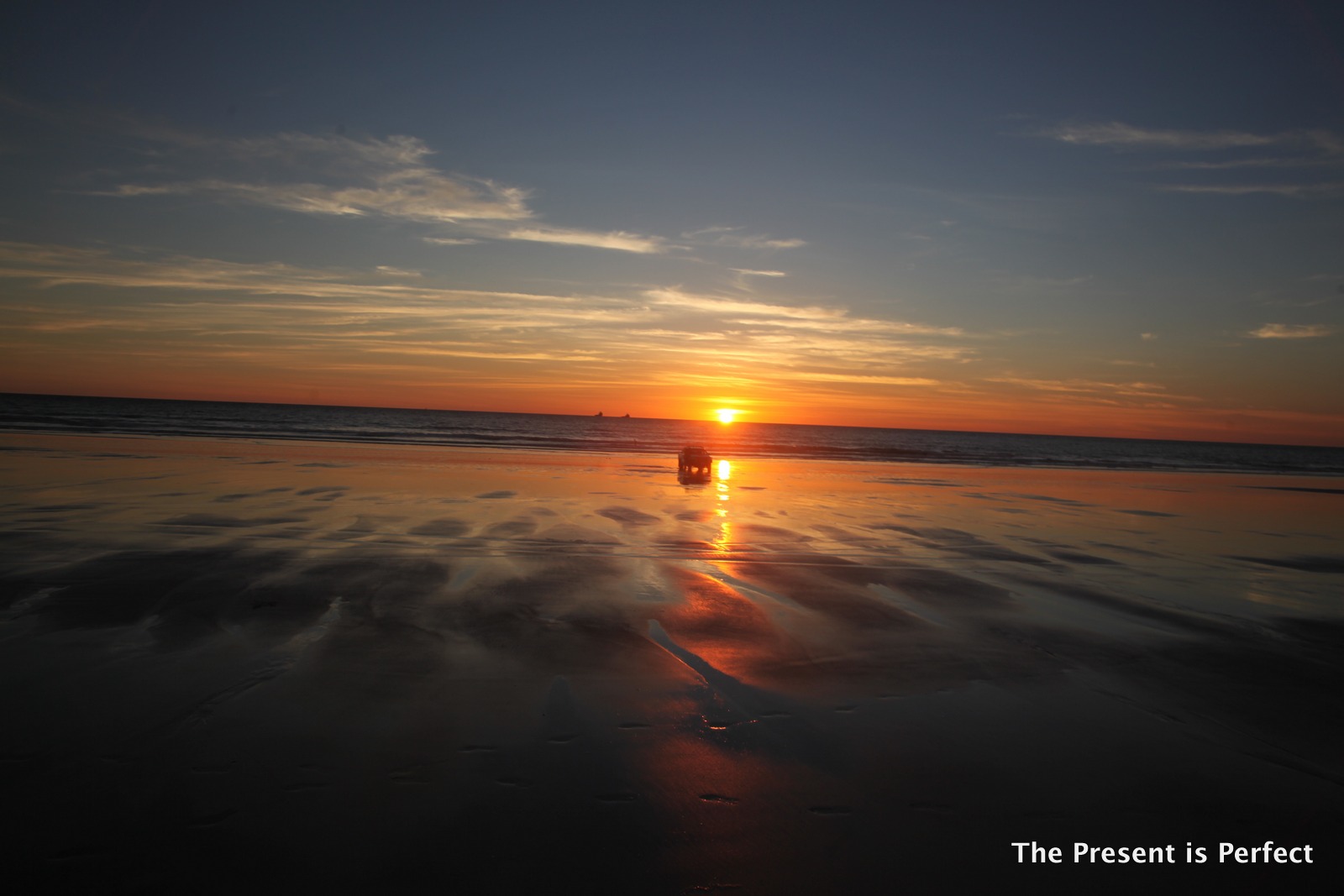 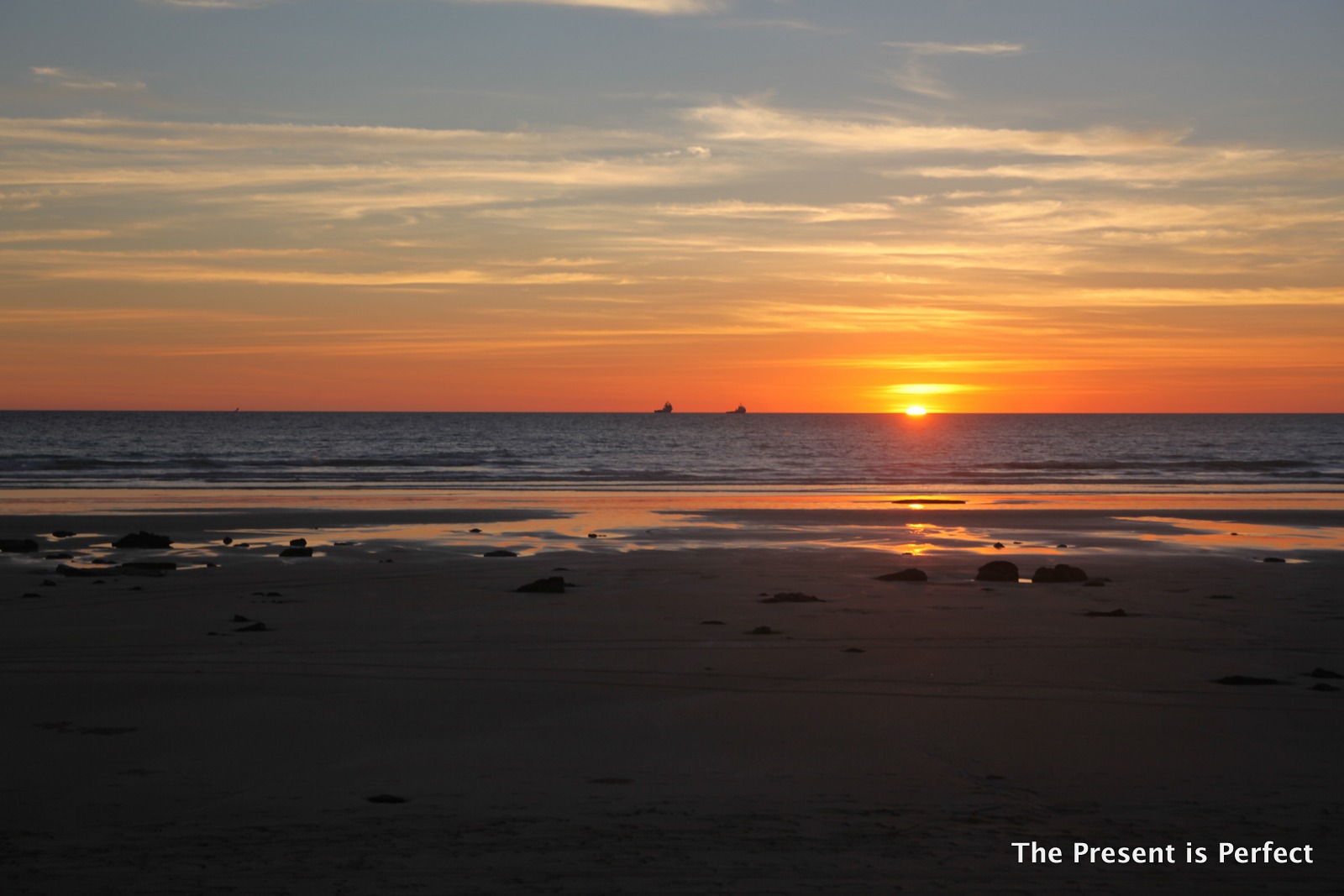 Even though the history of Broome is partly sad and controversial, it is still, and maybe because of that history, an interesting destination in North West Australia. I spent there three days, and could have easily had two or three extra days to explore everything. So go there, and make sure you have enough time for different activities and attractions. 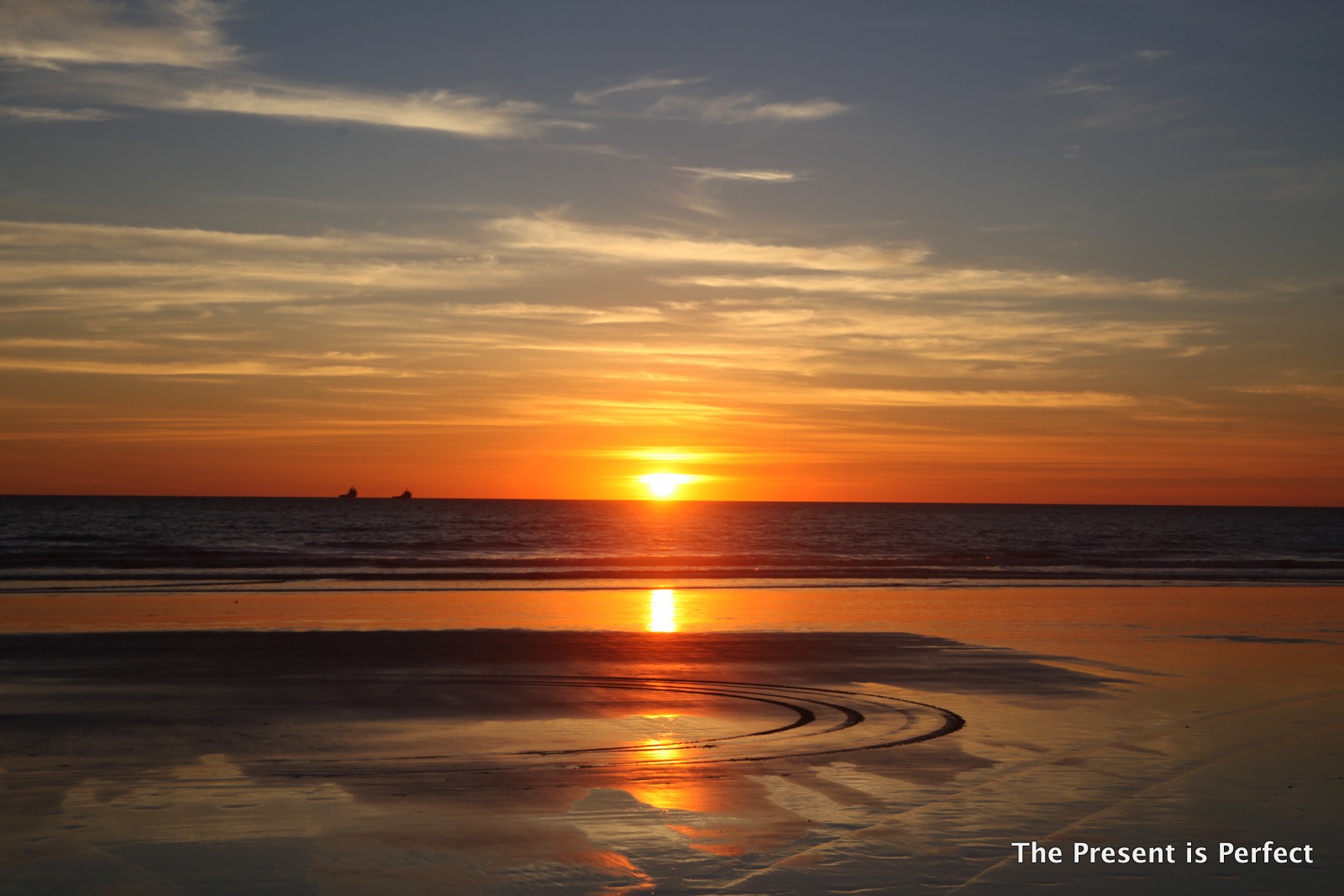 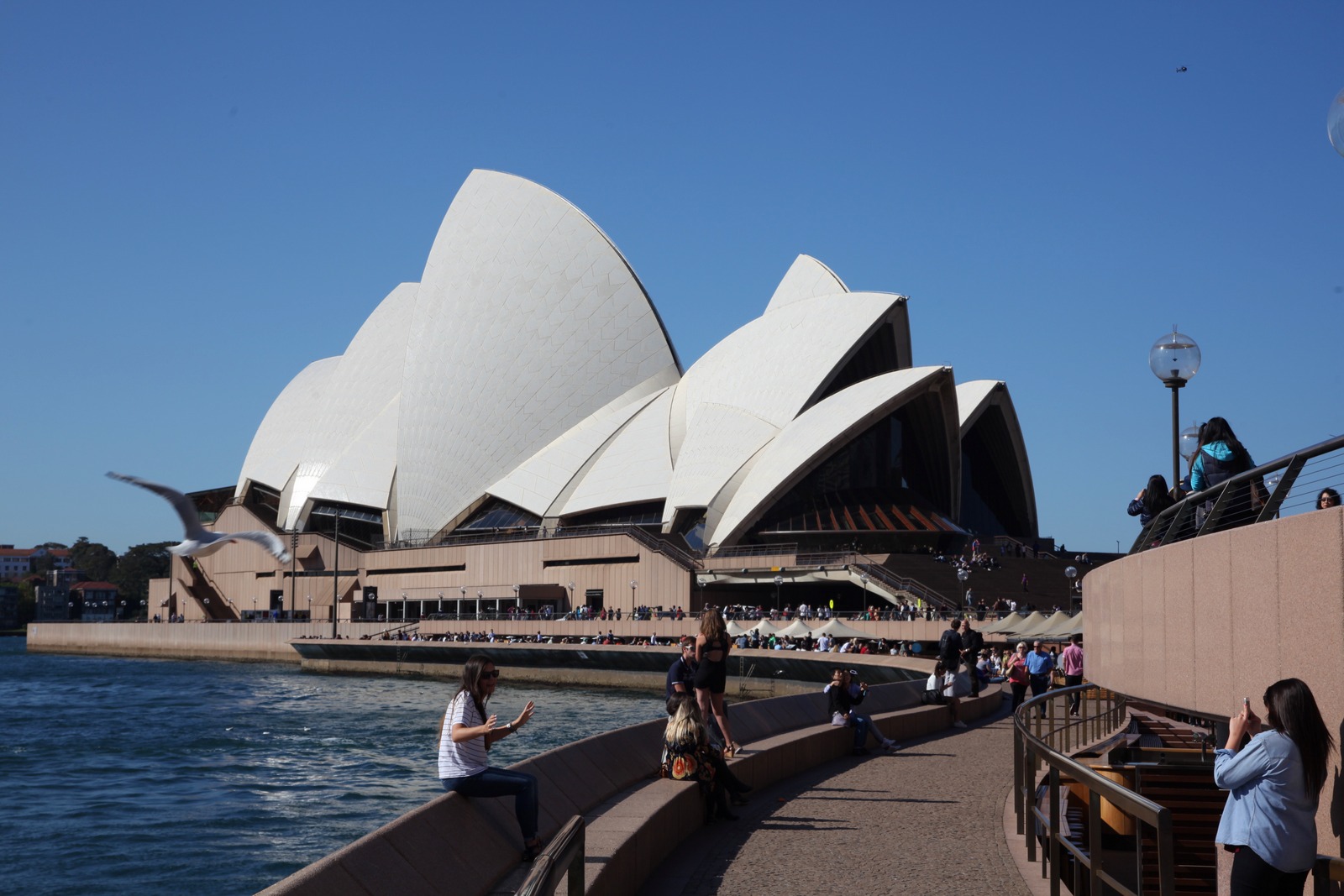 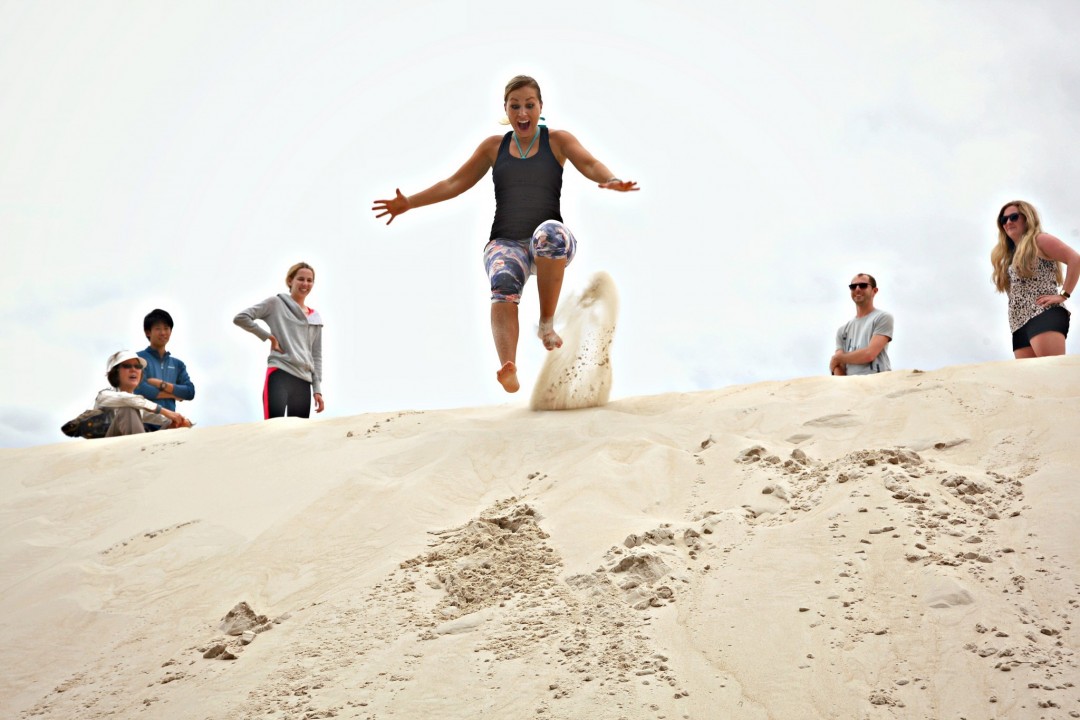 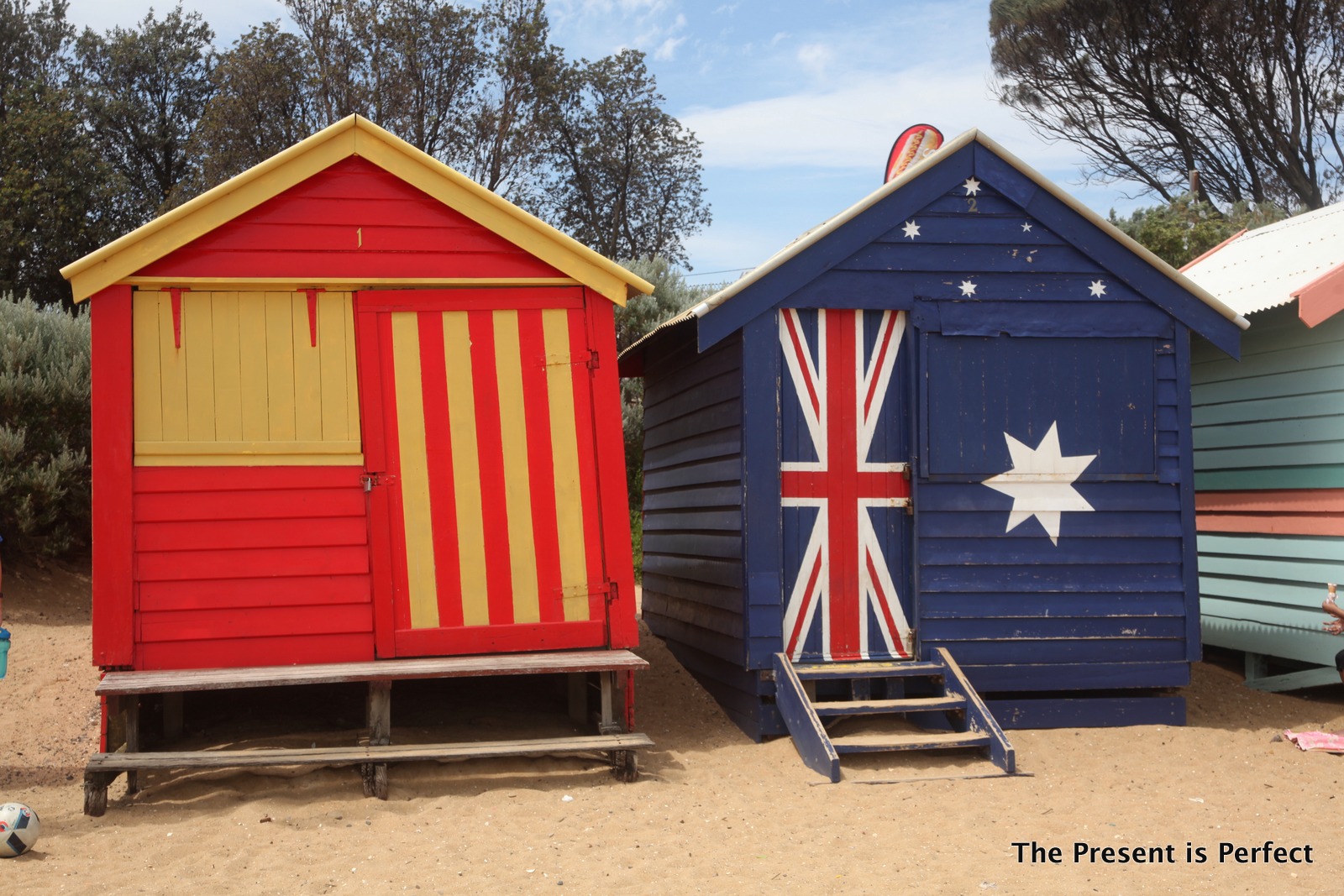